Rebuke him and Deliver him to Satan

I am really not a fan of criticizing people in public. By doing that it implies that you have set yourself as a moral authority over the person you are dealing with … or so I thought. Let us do everything in love. Let he who thinks he stands, take heed lest he falls. Right? I also thought there was an almost invisible line between criticism and judgment. Therefore, instead of criticizing people harshly and publicly, why not wait till you are calmer and drag the person into an obscure location – like away from human civilization – then you can appeal to the person’s conscience in a soft, somber tone?

The very few times I have been chastised publicly, I rebelled. Especially in my adult years. I am of the view that there is a better way of doing everything – including correcting a person. Hence, if you can’t call me aside and whisper my flaws softly into my ears then I assume you are the one with issues. You probably need to check your anger bro. And you too sis, you need to read more on grace to understand what scripture says about not judging people. But hey, you really can’t grow out of certain things unless you are chastised in the open. Open rebuke is a two-edged sword. The harsh words hurled at you coupled with the shame you feel because it was done in public do you more good than evil if you humble yourself to accept your flaws.

Solomon said in Proverbs 27:5 ESV. ‘Better is open rebuke than hidden love’. Ouch! So it is biblical after all. It isn’t a pleasant experience and I believe those who openly rebuke people should do so with caution. Lashing out at somebody and becoming verbally abusive can easily be camouflaged as an open rebuke. When in actual fact the perpetrator is just exhibiting a lack of self-control. We should be tactical in our approach. It should be planned. I have heard of so many instances where a person commits a sin and is brought to the podium in church and rebuked openly or even stripped of some title or position. These are usually carefully planned and thought out. Hence, they are less reactionary but more corrective.

Is Solomon the only person in scripture who approved open rebuke? Certainly not. The New Testament is almost riddled with many instances of open rebuke. Let us look at a few of such cases. Jesus’ dialogues with the Pharisees are often an example of open rebuke. Paul is also known to have openly rebuked Peter in Galatians 2:11 for acting hypocritically in the presence of some of James’ followers. Peter was comfortable eating with some Gentiles and immediately he saw these men, the ‘circumcision party’ as Paul calls them, he stopped. Indeed, Peter was a higher-ranking apostle than Paul so by hierarchical order Paul had no authority over him. However, when it comes to jurisdictional order, Paul did. Paul was known to be the apostle sent to the Gentiles. Therefore, anything concerning the relationship between Jewish Christians and Gentile Christians was an issue of major concern to him. Hence his reaction to Peter’s hypocrisy.

In 1st Corinthians 5, Paul dealt with a peculiar issue. He made mention of a case where a man, who was a member of the church in Corinth, was known to be having sexual relations with his father’s wife. Paul said such this kind of sexual immorality wasn’t even known amongst pagans. Therefore he told the church ‘let him who has done this be removed from among you’. Ouch! Excommunication. Well, I could deal with this actually. If the elders of the church approached me secretly and told me to leave the church because of my sin, I would be hurt, but I would leave. It is sneaky alright, but less embarrassing. Guess what, Paul isn’t done making his point yet. In verse 4 and 5 he said:

When you are assembled in the name of the Lord Jesus and my spirit is present, with the power of our Lord Jesus, you are to deliver this man to Satan for the destruction of the flesh, so that his spirit may be saved in the day of the Lord. (ESV)

Wait a minute. So we are on the verge of establishing the fact that open rebuke is biblical but where from ‘deliver this man to Satan for the destruction of the flesh’? A few verses away, Paul says the man should be excommunicated, which is understandable. But how are we as Christians supposed to deliver a fellow Christian to Satan for the destruction of his flesh? The issue gets more confusing when we remember how Jesus went about open rebuke. Remember when Peter was bent on stopping Jesus from being caught and crucified? Jesus turned and faced Peter. But he didn’t address Peter, he rather cast out the devil out of Peter. This is open rebuke like no other. The problem has been dealt with to the roots. This is why what Paul said up there appears confusing to me. Where he says the man who committed the abomination should be DELIVERED TO Satan, Jesus rather DELIVERED Peter FROM the manipulation of Satan.

… holding faith and a good conscience. By rejecting this, some have made shipwreck of their faith, among whom are Hymenaeus and Alexander, whom I have handed over to Satan that they may learn not to blaspheme.

Yet again we see fellow Christians being delivered to Satan for the destruction of the flesh, in this case for blaspheming. What was the sin Alexander and Hymanaeus committed? In 2 Timothy 4:14, Paul states that Alexander the coppersmith did him (Paul) a lot of harm. No further details – that was all he said about Alexander. Hymanaeus’ sin is also mentioned in 2 Timothy 2:17-18. According to Paul, Hymanaeus together with Philetus ‘who have swerved from the truth, saying that the resurrection has already happened. They are upsetting the faith of some’. So obviously the sins of Hymanaeus and Alexander had serious implications.

What does it mean to deliver someone to Satan for the destruction of the flesh? From scripture we see Paul doing this to fellow Christians and even non-believers who committed some particular sins. Paul in Acts 13:8-11 delivered a sorcerer by name of Elymas to the devil for the destruction of his flesh. A mist fell on him and he became blind instantly. His crime? He opposed Paul and Barnabas in their bid to preach the word to the Proconsul. Delivering someone to Satan for the destruction of the flesh means to pronounce judgment over the person that will result in sickness or even some permanent disease coming upon the person. This is done so as to cause the person to repent of their sins. This is very noteworthy, the end goal of delivering someone to Satan is to cause the person to repent. Do not do so merely because you are angry and wish to punish the person who has sinned.

Back to the contrast between Paul’s approach to open rebuke and that of Jesus. In this very instance, before Paul pronounced judgment on the sorcerer, scripture says he was filled with the Holy Spirit. Which means, what he did was inspired by God himself. Therefore, it doesn’t in any way contradict what Jesus did or how he went about it. The issue here is that not every sin requires open rebuke or deliverance to Satan for the destruction of the flesh. Open rebuke is godly. The effect it must have on you is repentance. I believe this is what Paul meant when he said in 2 Corinthians 7:10 ESV:

To be openly rebuked will cause one to be ashamed of his/her actions thereby leading him/her to repentance. To be delivered to Satan for the destruction of the flesh will make you physically stricken by a disease, also leading to repentance. Both are painful experiences; the latter is worse. Let’s learn to heed to the voice and promptings of the Holy Spirit always lest we fall into any kind of sin that would merit either one of these two punishments. Those of us who mete out these two punishments should also do so with a lot of caution and out of love. Not every sin requires open rebuke.

June 26, 2020
Welcome to the 1st part of the series on God’s sovereignty and Healing during the COVID-19 Pandemic. Journey with ... More
Prev Post #Freewill Are we Robots or Wild Beasts?
Next Post When Sinners Worship God 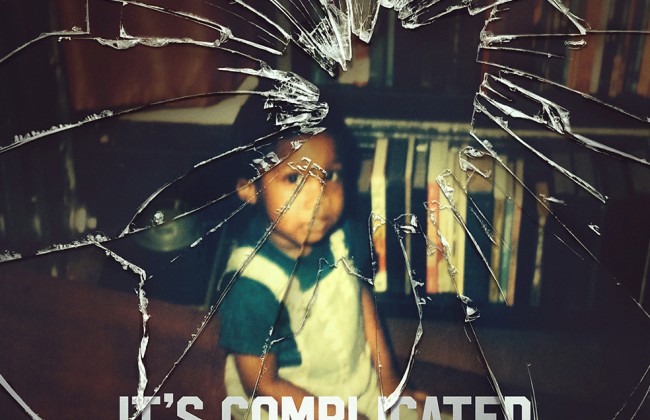