There is a lot we can learn from Jesus’ relationship with his disciples that could guide us in our understanding of our relationships with friends, partners, colleagues, and close family relations. Jesus had 70 disciples; some versions of the bible say he had 72, others say 70 (Luke 10:1). These were the disciples he sent 2 by 2 to go into cities and towns he was yet to go into. He would ask them to go and heal the sick and proclaim the good news to the people. On one such occasion, they came back rejoicing that even demons were subject to them in his name. He charged them to rejoice rather that their names were written in the book of life.

Out of the 70, there was the “12”. In Luke 6:12-16, we are told that Jesus spent all night praying before he selected the 12 out of the 70. They are the most popular disciples of Jesus because the New Testament makes mention of their names and tells us stories about their ministries. Even some New Testament books were written by some of them, about the details of some events of their ministries and even named after them. They were the ones to whom the promise of the coming of the Holy Spirit was made and they waited for it together with other believers in the upper room. These ones walked more closely with Jesus. Anytime he would speak a parable to the people, he would explain it to them privately. It was to these 12 that Jesus said he would no longer call ‘servants’ but ‘friends’ (John 15:15).

Out of the 12, there was “the 3”: Peter, James, and John who seemed to be closer to Jesus than the rest. He often separated these 3 from the 12 for special assignments. For instance, when he went up the mount of transfiguration, he took these 3 along and charged them not to share the events of that day with anyone else. In Gethsemane too, he told the rest of the disciples to wait for him while he went further with Peter, James, and John. Then he went further ahead to pray alone.

Out of the 3, there was John. John in his own epistle called himself “the disciple whom Jesus loved”. In John 13:25, it was said that he leaned back against Jesus or rested his head on his chest. That’s how close he was to the Messiah. It is not surprising at all that he was the only one amongst the disciples of Christ who was present at the foot of the cross of Jesus. Also, when Jesus resurrected from the grave, he wanted to have a private word with Peter so he asked Peter to follow him. Peter noticed that John was coming along too and he expected Jesus to disallow John from following them. On the contrary, Jesus didn’t, he actually went on to ask Peter that “if it is my will that he remain until I come, what is that to you? You follow me” (John 21:22).

What greatly intrigues me here is that all (but one) of Jesus’ disciples abandoned him at some point in their walk with him. Once, Jesus taught about the communion and mentioned that unless the people eat of his flesh and drink of his blood, they didn’t have life. This was a hard message for some of his disciples to receive and so that was the day they left him and only the “12 disciples” remained. But even 11 out of the 12 disciples were not present at the foot of the cross.

Let us never forget that Jesus had a lot of people around him, however, they left him when things got hard. When his message was too hard for them to accept, they left. When he was arrested, they left. He even said that “have I not chosen 12 of you and one of you is the devil?” in reference to Judas (John 6:70). Out of the 12 apostles Jesus prayed and hand-picked, he was betrayed by 2, Peter and Judas. This is a simple message to us: people will disappoint you and betray you, even people who came into your life by some divine orchestration. If it happened to Jesus, then we must understand that it can happen to us as well. But when Jesus resurrected, he appeared to the very people who had left his side during the hardest moment of his life here on earth. He came after them. Which means he had forgiven them even before they could have the opportunity to ask him for it.

Let us also learn to segment our relationships just like Jesus did. There were things he told the 3, that the 12 didn’t know about. There was something he told John(as stated above) that he never told any of the other apostles. This is the kind of wisdom we must apply in organizing our relationships and segmenting our friends as well. Let us put people in circles, ranging from the smallest and closest circle to the biggest and farthest circle. Know where to put who.  With prayerful consideration, let us segment the people in our lives while knowing that we can still be hurt by such people no matter which circle they are in. And when that happens, let us do what Jesus did, forgive them.

June 26, 2020
Welcome to the 2nd part of the series on God’s sovereignty and Healing during the COVID-19 Pandemic. Do check out ... More
Prev Post The importance of prayer in the fulfillment of a prophetic word (case study, 1st Kings 18)
Next Post Faith, Health, and Healing #COVIDseries 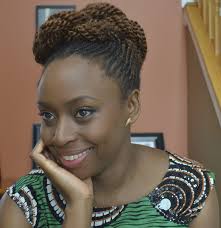