Who is qualified to worship God? And who measures the quality of worship? God himself chose Abel’s sacrifice over Cain’s. No matter how humans think that was unfair he reserves the right to be the sole determiner of quality worship. God killed two sons of Aron for offering incense before him in a way that he had not commanded them (Leviticus 10:1). So indeed, God can reject worship. But you (as a human) can’t devalue another person’s worship. Of course, there are people who might introduce the profane or demonic into their worship (or service) to God. But that’s not what I am talking about here. I am referring to the fact that some Christians are fond of looking at a person’s lifestyle and assuming their worship is too filthy for an all-holy God to accept. Wake up from your slumber, their worship is not to you, it is to God. Let Him judge.

This issue comes up for discussion anytime a prominent person in pop culture or the entertainment industry, who doesn’t appear to be living a Christian life expresses a certain level of devotion or even gratitude to God. Some Christians descend on the person on social media with highly judgmental comments. I know it is hard to understand this, but the truth is, some people may not look it but they actually have a relationship with God. At several awards shows that I have watched, most of the winners of the night, during their acceptance speech, give glory to God. A few years ago I watched the BET awards where Lil Wayne took it a step further by saying ‘I would like to thank God and His son Jesus…’. A person can express his appreciation to God for doing something for him (and this could be any other god) but when he/she mentions Jesus, then we know who he is talking about. Quite recently, Chance the rapper has come under heavy criticism for releasing songs that have God as the central theme while he has profane songs on that same album. I believe other rappers have received this same level of flak too. Kendrick Lamar, DMX, Kanye West etc. This is the argument, that if these rappers are going to talk about God or express the minutest appreciation to him for something they believe he has done for them, they would have to stop cussing and composing songs that project a sinful lifestyle.

I don’t condone cussing or a sinful lifestyle. In fact, I wrote a blog on why Christian artists shouldn’t cuss in their songs. Cussing is one of the major reasons why I don’t listen to most secular songs because I wouldn’t want those words to find their way into my speech. The point I am trying to make is, no matter how dirty or filthy the person worshiping God appears to be, only God can measure the quality of their worship and determine whether or not it is acceptable. As a human being, you have no right at all to do that. The argument is ongoing I believe in people’s conversations about the rise of artists like Chance and Kendrick. Because they cuss in the rest of their songs and even sometimes in songs that are supposed to be purely dedicated to God. Other people have actually gone the extra mile to judge their intentions for doing what they do. The assumption is that these two rappers are probably strategically creating faith-based rap songs knowing very well that a huge percentage of their fans are Christians, hence, these songs may propel their albums to higher heights. To this I will say what Paul said in Philippians 1:18 (ESV):

What then? Only that in every way, whether in pretense or in truth, Christ is proclaimed, and in that I rejoice.

Before this verse, Paul outlined a couple of evil reasons why people were preaching the gospel in those days. He mentioned envy, rivalry, selfish ambition etc. before he proceeded to state that whether in pretense or truth, so far as the gospel is being proclaimed he rejoices. This indicates that we are to do same. Whether these rappers are doing it for the money or not, the mere fact that they are using their platforms to point people to God, we must rejoice. Did Paul in any way make light of rivalry, envy, and selfish ambition? Indeed when you think about it, the fact that he said he rejoices even if people have bad reasons for preaching the gospel, then it appears he doesn’t mind if people do ministry for the wrong reasons. But far from that, in the opening verses of the second chapter of Philippians, we see Paul condemning selfish ambition:

Do nothing from selfish ambition or conceit but in humility count others more significant than yourselves. (Philippians 2:3(ESV))

Therefore we can easily conclude that though Paul rejoices at the fact that the gospel is being preached by people who are doing it for selfish ambition, nevertheless, he doesn’t condone selfish ambition. In the case of the rappers, though we may not know their motives or even support their music, we should still rejoice that God is getting glory at their concerts. This, however, does not mean God approves of their lifestyle. But you see these are the kinds of people God actually wants to work on. Remember Jesus said “Those who are well have no need of a physician, but those who are sick. I came not to call the righteous, but sinners.” (Mark 2:17(ESV)).

One thing I have come to believe in the past few months is that God expects worship even from the worst of sinners. Case in point, the events leading to the death of King Herod. The entire story can be found in Acts 12. Herod killed James (the brother of John) and when he realized that it pleased the people he had Peter arrested too. Note: this shows that Herod was a showman or a people pleaser. Then in verse 21 of the same chapter, Herod delivered a speech to the people. The people being so amazed by it declared “The voice of a god, and not of a man!”. What happened immediately afterward is recorded in the verse below:

Immediately an angel of the Lord struck him down, because he did not give God the glory, and he was eaten by worms and breathed his last. Acts 12:23 (ESV)

Herod was killed because he didn’t give glory to God. This is the same Herod who killed James and had Peter arrested, why didn’t God kill him then? I can’t tell. The only reason given for Herod’s death was that he was killed by an angel because he didn’t give glory to GOD. No matter how sinful a person is, God expects worship (glory) from him/her. Worship is basically man giving glory to God. So anytime we see an unbeliever singing praises to God let us not be quick to judge the person but let us offer to disciple the person if we are in the position to do so. Let us learn to leave certain things to God. You are not the spirit that convicts the world of sin – that is the Holy Spirit’s ‘job description’. Your duty is to be a witness and a dispenser of love (which involves intercession). Let’s learn to pray for people. We must understand that we are on our way to one destination but some are way ahead of others and others are way behind. I feel embarrassed when I see the stuff I wrote a few years ago. I had the passion and the zeal but little understanding and knowledge. I didn’t do the things I did out of love either. I wrote to chastise people, period! I did that because that was where I had reached in my journey. I know better now and hope to know more as I grow. My hope is that these artists who have so much influence will also grow out of certain things. It is difficult to tell where people have reached in their journey of pursuing God just by observing from afar. Therefore the best thing to do is to demonstrate the love of God towards such people. There is rebuke in love by the way. We can do all of that but let us not take the Lord’s praise out of their lips. Let us not hinder them from coming into his presence. Let us not make them feel unworthy even to stand in the Lord’s congregation. If Jesus allowed Mary Magdalene, a prostitute, to wash and clean his feet, clearly he isn’t bothered when sinners worship him. If it bothers you, I’m sorry but you are the problem.

God can use anybody to get the glory. The stage set up for Kendrick’s performance at the BET awards in 2013 was a house. The rapper emerged from the house to perform that night. Anybody who looked closely at the wall of the house would have seen ‘Jesus is Lord…’ written boldly on it. Chance the rapper at this year’s Grammy’s decided to perform his song ‘How great is our God’ and he gave God glory every time he came up to receive an award. You might call them sinners but don’t discredit their worship. God accepts worship from sinners. Always remember God can use anybody he chooses to, especially when the person is willing to be used. I would like to end with a verse from Isaiah 45 which talks about how God desired to make Cyrus King over Israel though he didn’t know God.

For the sake of my servant Jacob,
and Israel my chosen,
I call you by your name,
I name you, though you do not know me. Isaiah 45:4

June 26, 2020
Welcome to the 1st part of the series on God’s sovereignty and Healing during the COVID-19 Pandemic. Journey with ... More
Prev Post Rebuke him and Deliver him to Satan
Next Post Preaching Grace without The Spirit of Grace 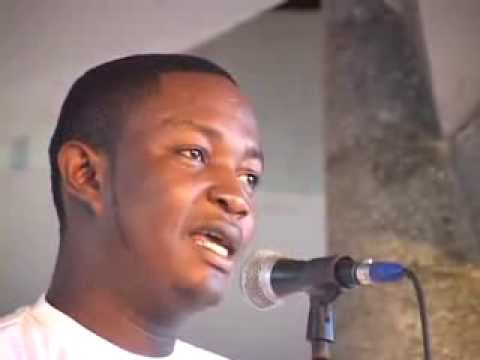 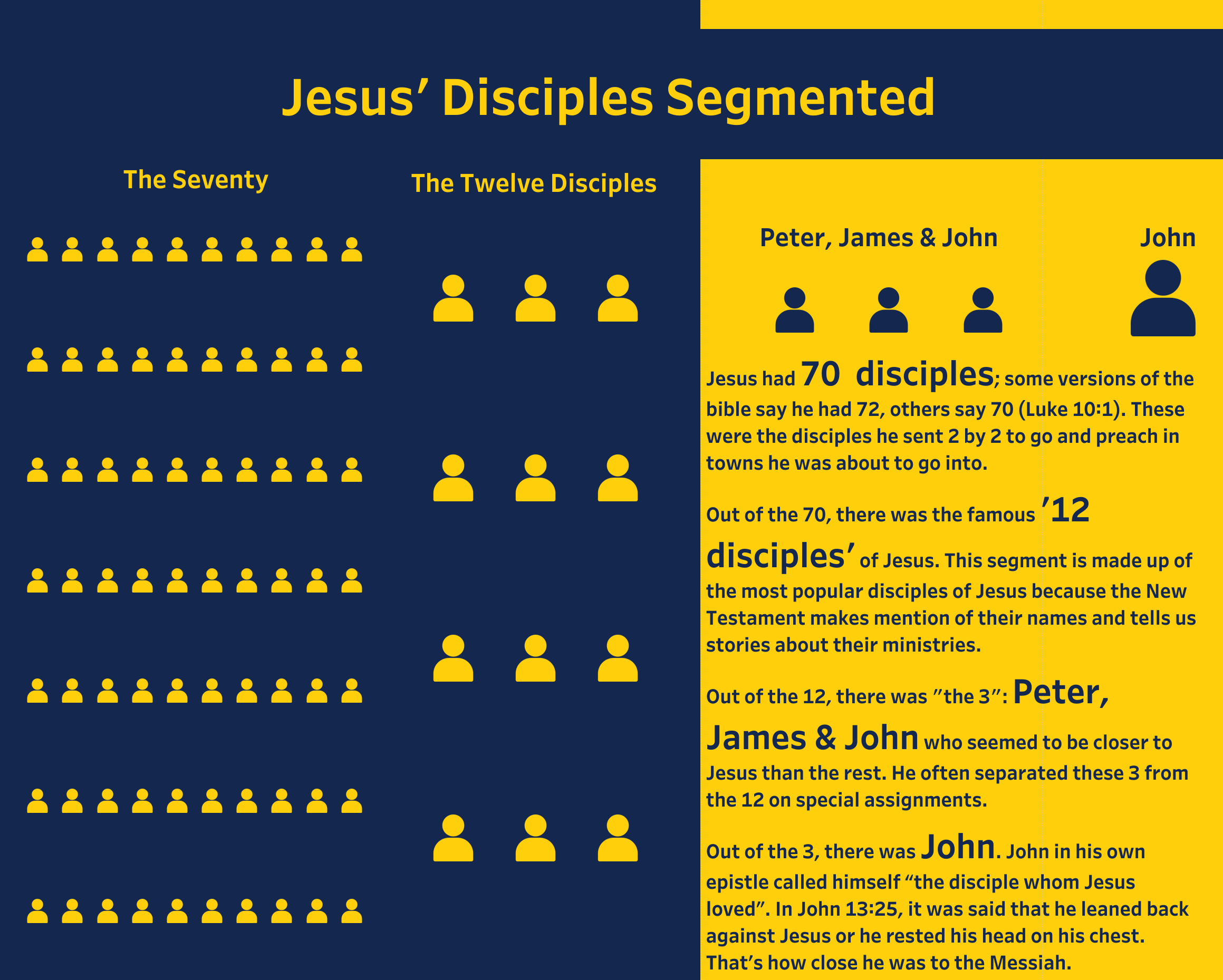