Grace is so powerful. It takes us from the prison cells that sin caged us in and places us right in God. “In him, we live and move and have our being”, remember? In the New Testament, we attained our righteousness as believers not by anything we have done but purely based on what Jesus did. It is amazing. It is good news that cannot be made any better.

However, Grace is not just news, it is the very personality of God revealed. I wish I could repeat this a thousand times. It is a not just a message, it is the revelation of who God is by his precious Holy Spirit. Therefore just by telling it won’t cut it, we need to demonstrate Grace as well. There are people preaching the fire and brimstone of hell, seeking to scare people into accepting Jesus Christ. There is no fear in love so how can anybody last in the kingdom of God if they entered because they were afraid of the other place? It is rather sad and painful that there are people who still preach a performance-based gospel. After all what Jesus did? Why would you preach the law under the dispensation of Grace? Anyway, the reaction of those of us who claim to be enlightened in the new creation realities is my focus in this post. All of a sudden it appears the Holy Spirit is opening my eyes to the negativity exhibited by some of us ‘Grace Preachers’. How we bash our brothers and sisters who preach the law. How we tag them as ‘anti-Christ’. How we claim they are being influenced by the devil. WE ARE PREACHING GRACE WITHOUT THE SPIRIT OF GRACE.

We have reduced it to a message so we don’t know our tone, choice of words, posture, demeanor etc. can all distort the message. How different are we from those who preach the law when we have managed to tag anybody who preaches a doctrine different from ours as the anti-Christ? The message of grace is most efficacious when inspired by the Spirit of Grace. God is very much interested in the way we deliver the message as much as he is in the message getting to the intended recipient. In Jeremiah 2:2, God told the prophet to “Go and cry into the ears of Jerusalem, saying …”. See? God gave the prophet the emotions with which to express himself before he gave him the message. This goes to show that God is very much particular about how a message from Him is delivered to the intended recipients. You don’t mock another person’s theology while engaging him/her and later present the Gospel of Grace to them. Where was Grace in your conduct? Grace, that inextinguishable force that forcefully snatches people from the clutches of the enemy will never mock another person’s poor understanding of scripture. Just as Jesus was filled with compassion when he saw the multitudes, so should you be driven by a deep sense of concern and compassion anytime you encounter people who preach another gospel than Grace. It is our duty to teach such people the best way we can. This is not the time to put them down and tease them or make them feel unaccepted.

Some of us may make reference to what Paul said in Galatians 1:8 in defense of the use of harsh words on people who preach the law. Let us examine that passage, shall we? Paul was writing to the church in Galatia mainly to draw their attention to the fact that they were drifting away from the true gospel and slipping into a performance-based relationship with God. Paul was quite furious. He said if anybody, even angels, preached a gospel other than that which the Galatians had received earlier, let that person be accursed. This doesn’t justify the name-calling I’m seeing on social media. Let me explain. The preceding verse (Galatians 1:7) gives us the understanding that Paul was referring to “…those who want to distort the gospel of Jesus Christ’. The ESV translation puts it this way ‘…those who deliberately twist the truth concerning Christ”. Which means the people Paul is declaring accursed are those who deliberately distort the gospel of grace. We just need to understand that there are those who are doing it deliberately but there are those who are genuinely ignorant, let us not lump them all in and curse them all.

Largely, this post is about how those of us who are enlightened should treat our brethren who are not. There are two stories in the book of Acts that I would like to cite to support my assertion. The first one is the story of Apollos. He is described as “… an eloquent man, competent in the Scriptures… “who taught accurately the things concerning Jesus though he only knew the baptism of John. How was Apollos competent in the scriptures and still not adequately informed about the gospel of Jesus? It is simple, no one person is the repository of biblical knowledge. That is why we need to be humble enough to listen when we are corrected and humble in the way we correct as well.

In the New Testament, the baptism of John was performance-based and it is a shadow of that which was to come. John himself said that the one to come after him would baptize with the Holy Spirit and fire. Apollos had no knowledge of this, yet he was teaching in the synagogue. When Priscilla and Aquila heard him preach something slightly erroneous, this was their reaction:

… but when Priscilla and Aquila heard him, they took him aside and explained to him the way of God more accurately. Acts 18:25

Did you see that? This is the Spirit of Grace on display. The spirit that makes you come to the realization that what you know was revealed to you so there is no need to flaunt it or brag about it. But whenever it is necessary, teach others in humility and not for vain recognition. Priscilla and Aquila didn’t hop onto social media to taunt the doctrine of Apollos. They didn’t call him the anti-Christ, neither did they insult him. They dragged him aside and taught him the true gospel. Apollos grew in the faith and became almost as influential in Christendom as Paul was. To the extent that in the book of Corinthians Paul said ‘What I mean is that each one of you says, “I follow Paul,” or “I follow Apollos,” or “I follow Cephas,” or “I follow Christ” (1 Corinthians 1:12). See? This is the same Apollos in the book of Acts being counted amongst the champions of the Christian faith. This kind of fanaticism is not encouraged because it breeds division, however, my point remains, Apollos who was taught by Priscilla and Aquila became so influential that he had quite a following amongst the Christians of those days. Do not tear people down when they don’t know as much as you do. Offer help when you can. Teach them the right way. Call them aside, don’t call them out to embarrass them on social media. Preach Grace by the Spirit of Grace.

The second story that illustrates how the Spirit of Grace operates is the story of Cornelius the Roman Centurion. He was a devout man who prayed to God and gave generously to all who needed help. An angel appeared to him and told him to send men to bring the Apostle Peter to his house. Just around the same time, the Spirit of Grace was at work in Peter’s life. Through a vision, God was communicating to Peter that that which he (God) has called clean, no man should call unclean. This vision was in reference to the coming move of God amongst the Gentiles. Immediately the men from Cornelius arrived, Peter went with them to Caesarea. First things first, the Roman Centurion and his entire household bowed before Peter to worship him when arrived at the house. Peter asked them to rise up and he went on to say “You yourselves know how unlawful it is for a Jew to associate with or to visit anyone of another nation, but God has shown me that I should not call any person common or unclean”. God says we shouldn’t call anybody unclean, so how are some of us tagging others whose theology doesn’t match with ours as ‘anti-Christ’? Though Cornelius was a devout man, his knowledge of God was inadequate and that is why God sent Peter there. Notice how Peter didn’t insult him, or refer to his lack of understanding of the Grace of God and the move of the Holy Spirit; Peter went there solely to teach Cornelius and his entire household the wonderful Gospel of Grace. Peter’s being there alone was a demonstration of grace, why? Because it was unlawful for Jews to mingle with Gentiles, therefore by going there, Peter was abolishing that law and bestowing unmerited favor on the entire household of the Roman centurion. While Peter was teaching them about the Holy Spirit and the Grace of God, they were all filled with the Spirit of God and began to speak in tongues, Hallelujah! This is it! There is the demonstration of the Spirit of God when Grace is preached by the Spirit of Grace. The Spirit of Grace is the Holy Spirit, he doesn’t come to condemn, ridicule theology or embarrass people who don’t know much. He comes to convict them, save them and then pour out himself into them.

May we learn from Priscilla and Aquila. May we learn from Peter as well. May we learn from Paul too. May we get to the point where we will be driven by compassion to teach people whose knowledge of God is inadequate. This is not the time to show off or assume a high chair as a biblical scholar extraordinaire. We need a lot more well-equipped laborers on the ground, offer help to build them up when you can.

June 26, 2020
Welcome to the 1st part of the series on God’s sovereignty and Healing during the COVID-19 Pandemic. Journey with ... More
Prev Post When Sinners Worship God
Next Post The Shack Movie Review (The motherly love of God) 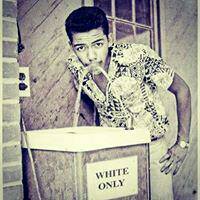 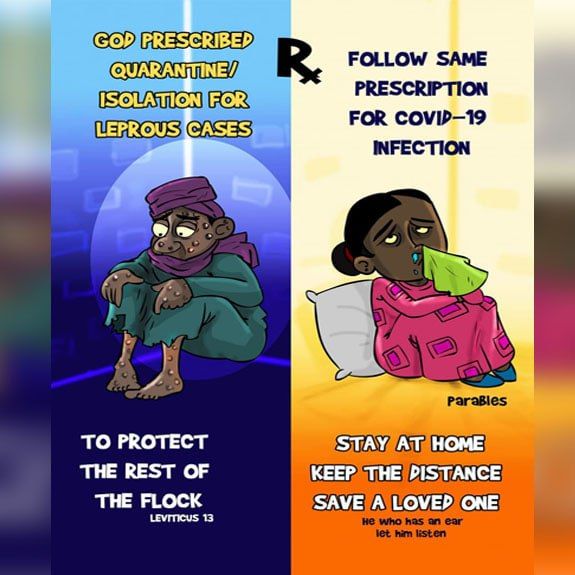