For the fear of blaspheming, most Christians refrain from asking God genuine questions. But there is a huge difference between asking questions and doubting God. Jesus Christ asked a question on the cross that I sometimes deem inappropriate. He asked ‘…my God, my God why have thou forsaken me?’. It may seem inappropriate to me, a beneficiary of the cross, but I am sure I wouldn’t have the same view if I was the one up there on that rugged cross. All I am saying basically is, Christians should learn to ask questions. Questioning isn’t bad, it is when you express doubt that is blasphemous. This is why I have fallen so much in love with Da Truth’s new album ‘It’s Complicated’. It doesn’t only provide answers to some pertinent questions concerning the faith; It actually causes you to ask more questions and that is great for your faith and pursuit of God.

If there is anything I expect you to walk away with after reading this review, it is the fact that ‘It’s Complicated’ is a Christian Apologetic resource. Oh yeh, that means you can quote lines from the album in your dissertations and academic write-ups. From the beginning, we are not introduced to an omniscient rabbi who has answers to every question. But we are introduced to someone who is as hungry for answers as we (probably) are. I can tell this by the childlike excitement in the rapper’s voice as he greeted Ravi Zacharias. I must say, Da Truth is more composed than I am. Yo, I don’t know what I would do if Ravi and I were under the same roof. His ministry has been such a blessing to me. Just like this album, Ravi has got me asking more questions about life, reality and my faith than I ever thought I would. Let’s call it  Da Truth and Ravi’s joint album. In actual fact that is what it is, since the rapper engaged Ravi in a question-and-answer session and later fused snippets of Ravi’s responses into his songs brilliantly.

The first track on the album after the intro is ‘Greatest Need’. This song basically portrays Jesus as the greatest need of humanity and the doorway to heaven. The first line that got my attention in the first verse was ‘Doing right is the new wrong’. In our world today, right is wrong and wrong is wonderfully good. Nevertheless, Da Truth isn’t preaching behavior modification in any way. He goes on to state that believers are sometimes people with the worst behaviors while unbelievers do the nicest things. Against the backdrop of Jesus being the way to the father, does that mean unbelievers can get into heaven by their good deeds? Aren’t our good deeds supposed to be filthy rags before God? I love how he goes into the second verse to describe a dream he had about notable religious leaders: a pastor, a Dalai Lama (Budhist Monk) and an Imam. In the dream God didn’t allow any of them into heaven. Da truth seemed confused – as many of us would – at this event. The fact that the pastor didn’t make it through the pearly gates should be a rude-awakening to Christians: you can know Christ and still miss heaven as Jesus himself stated categorically.

The song ‘Mixed Signals’ deals with the problem people have with the revelation of God in the Old and the New testaments. At a glance, he appears to be two separate characters that is why in the chorus the singer asks the question, ‘Are you one and the same?’. Who, after reading both testaments, didn’t pose this question too? In the Old Testament you read how Uzzah died because he reached out his hand to save the falling Arch of the Covenant (which is symbolically God’s presence). And in the New Testament, you read how Paul who persecuted Christians was given a second chance to become one of God’s choicest generals. Are we talking about the same God here? Does this make God mysterious or it presents him to us as a two-faced God? I was particularly drawn to Ravi’s commentary in this song. He quotes James Stewart when he said:

No one was ever half so kind or compassionate to sinners: yet no one ever spoke such red-hot, scorching words about sin. (The startling coalescence of contrarieties that you find in Jesus – James Stewart)

So God isn’t wicked in the Old and kind in the New Testament; He is love. In that love is a pure and undiluted hatred for sin. This is where the confusion is. He loves you and hates the sinful life you live at the same time. He loves the sinner and hates the sin. The guys in the Old testament had to pay for their own sins, that is why there were so many deaths, pestilence and disasters back then as payback for their sins. But Hallelujah! our sins have been paid for so we have mercy if we sin and Grace to keep us from sinning.

The next song on the album is ‘Judge’; hypocrisy is the central theme of the song.  If you are a Christian reading this, then you’ve probably been accused of judging at least twice in a debate on morality or some other subject. It is true some of us are judgmental, but the rest aren’t. How do you break free from this stereotype as a Christian? Once again, I would like to highlight what Ravi said. He stated that in Romans, we are admonished to judge ourselves. When you do that and see your own flaws, you tend to be more gracious towards others. People who overlook their flaws are the ones who judge easily. That is what it actually means to be a hypocrite. The fact that people assume all Christians are judgmental, they tend to turn a blind eye to the good things we have done in this world. You can feel the frustration of the rapper as this compels him to make a list of the good initiatives and social interventions started by Christians like the Red Cross, Salvation Army, Alcoholics Anonymous etc.

Though the album is inundated with so many ‘quotables’, my personal favorite is in the song ‘why so serious’. It is simple, Da Truth doesn’t want to waste his time addressing petty issues. He wants to address the most important issues that can give people life and the assurance of eternal life. To this effect he said ‘people are dying, they hunger and thirst, why would I give them bubble gum?’. Yo this is so deep. Christians are often just satisfied by the fact that they didn’t give that hungry guy on the street poison. As if poison is the only thing that kills. When you give a hungry man chewing gum when you could have given him food, you are worsening his plight and quickening his steps to the grave. When you can preach the undiluted gospel of grace but choose to mix it up or sprinkle a little Old Testament law in it, you are a dispenser of bubble gum. As a spoken word artist myself, I am often faced with either being overly lyrical and skillful in my writing or just going straight to the point. Now, I have nothing against lyricism, but sometimes it drowns the message. Therefore I have resolved to be as poetic as I can be but I will never let that affect or water down my message. I want to be a free-food distributor to the hungry not a bubble gum dispenser.

I doubt there has ever been a time in my life where I have pondered over the realities of heaven as I have in the past few weeks. It is all because of the song ‘Heaven’. ‘Heaven’ is my favorite song on the album. Once again, we see the rapper exhibit childlike curiosity in both verses. He has a ton of questions to ask God about the scenery and what to expect in heaven. We all do, don’t we? The icing on the cake for me is the hook … Christon Gray vocals… heavenly. My favorite line in the song is ‘sit my crown at his feet and rejoice’. That’s all I want to do. Just like the 24 elders, I want to lay my crown before the King of Kings having conquered in his name and rejoice!

In ‘Misconceptions’, he talks extensively on the reality of hell. In ‘reason’, he makes one statement: when you look at the splendor and majesty of creation, it is only right to assume there is a genius behind the scenes who created it for a purpose (reason). To assume everything happened by chance, according to Da Truth is like walking into a room filled with dictionaries and assuming there was a random explosion at the printing press that brought all the dictionaries into existence. It is indeed quite outrageous, but yeh, people believe such stuff these days. Also in ‘religion’, the rapper asks a dozen questions that got me thinking. The one that stood out for me was:

Will I be bold enough to deny

This struck me. Christians are quick to pressurize people of other faiths to accept the gospel – that is good in a way. But sometimes you need to understand that this is the person’s worldview and it is difficult to change it. So what if Christianity was a lie? Would you easily switch religions? If not, then you need to approach people of other faiths with the understanding that the desired results may not come instantly. Another important topic that the rapper deals with is how identical Christianity is with other religions and its effect on our faith. He dealt with this in the song ‘Copycat’. Also in ‘color purple’, the rapper talks about how we need to associate ourselves with our fellow believers who hold various doctrines and belong to other denominations in Christianity today. Instead of being either blue or red, how about we recognize that a lot more binds us than separates us. Therefore let’s be okay with being the color purple: which is a combination of both blue and red. If you haven’t already, please get yourself a copy and listen to this album, from the intro right down to the last song ‘The vow’.

I can’t really do a detailed explication of all the songs (though I wish I could). I just want to make the point that it is an awesome album. It is a lecture. I don’t see it as just music, we are only fortunate to have such knowledge laced with music to make it easier to digest. Big ups to Da Truth for blessing humanity with this album. 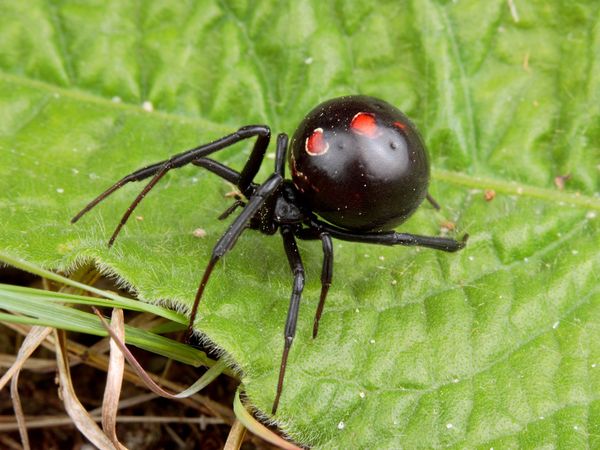 GENDER EQUALITY IS A MYTH 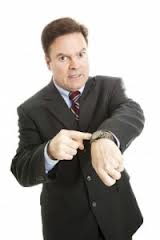