As much as I am excited to be writing about something I learnt from Lecrae’s book, I am in a tight spot. I could easily veer off to do a review of the entire book or out of nostalgia end up writing a review of the Church Clothes 3 mixtape he released earlier this year. My main aim is to highlight one important lesson I learnt from the book; I hope to do just that.

First of all, the book does things to you in a subtle way that you might not notice how slowly your views on issues are shifting. For me the book is a redefinition of the word ‘unashamed’. I had it all wrong all along. For some funny reason I feel even Lecrae had it wrong initially. I honestly thought being an unashamed Christian only meant being unapologetic about your faith. ‘Unashamed’ for me meant ‘unembarrassed’. It felt like a tag I could wear boldly on my chest in a world where it isn’t too cool to be Christian. I had it all wrong. From the book, I learnt that being unashamed meant not being afraid to accept your vulnerability and the fact that you are daily in dire need of a savior. Being unashamed according to the way I defined it previously puffs you up by inflating your heart with stinking pride. You can easily become judgmental if you are not careful.

You know how we often quote the parts of the verses we like and leave the rest out? That practice is deadly. Romans 1:16, which is the mantra of the 116 movement spearheaded by Lecrae and his cronies is one of such verses. The first part of the verse says ‘I am unashamed of the gospel…’ and this is all most of us care about. The next few words changed my understanding of the term ‘unashamed’ and put things into perspective for me. The verse goes on to say that ‘… for it (The Gospel) is the power of God unto salvation to them that believe; first to the Jew and then to the Greek’. How did I miss this part? The gospel transcends cultures. The gospel cannot be put in a cultural box. The writer of the book of Romans isn’t ashamed of the gospel because it can be as relevant and potent in any other culture as it is in the Jewish one. How did I miss this? Being unashamed doesn’t merely mean you are unembarrassed to be the only Christian in the room, it means you recognize the fact that the power of God could be as potent in other people’s lives as much as it is in yours.

Christianity is not Jewish-Culture Assimilation

I often say that ‘Christianity is not Jewish-Culture assimilation’. We are not supposed to learn and practice the way the Jews live because we are Christians. We are free to express our faith in God in our cultural context. It has already been proven from scripture in the previous paragraph that the gospel transcends cultures, but here is the thing, the gospel doesn’t walk on its two feet from place to place. Jesus knew that. That is why he sent his disciples on their mission trips and instructed them to make disciples of all nations (cultures). This sounds to me like a command to depart from your comfort zone and mingle with cultures you are not too familiar with while proselytizing. Remember the gospel is the power of God first to the Jew and then to the Greek? For some reason the Jews – I am using ‘Jews’ here metaphorically – are too proud to accept a gospel that transcends cultures. They want it to be for them and them alone. Is it not a shame that Jesus had more problems with ‘Church folks’ than with unbelievers? Is it not a shame that Lecrae is experiencing the same thing in 2016? Why is he getting flak for addressing social issues? Many people don’t understand that he is doing the exact same thing that the apostles did – especially Paul. If the gospel must influence people of all cultures, the work will be done when men avail themselves to be used. To me this is what Lecrae – together with the many like him – is doing. He is a man so definitely he isn’t flawless but all that matters is he is accepted by God.

So the biggest lesson I picked up while reading the book is in Page 101. The lesson is built on a discussion Jesus once had with his disciples. He asked them who men thought he was and went on to ask who they (his disciples) thought he was. Simon said, ‘You are the Christ, the Son of the Living God’. Jesus was so astounded by Simon’s answer that he replied, ‘Thou art Peter, and upon this rock I will build my church; and the gates of hell shall not prevail against it’. The rock on which Jesus said he would build his church is in the response that Peter gave. Christ was only saying that the foundation of his church would be this revelation: that he (Christ) is the Son of the living God. Coincidentally ‘Peter’ also means rock. Therefore many assume Jesus was saying he would build his church using Peter as the foundation. Nope! Jesus was playing on words by mentioning ‘Peter’ and then going on to say ‘the rock’ in the same sentence. Jesus was dropping punchlines on the disciples and I can’t even tell if they got it.

Anyway, the lesson is in what Jesus said. He was going to build his church and the gates of hell would not prevail against it. Initially I thought this meant something else. Maybe ‘gates’ there was used metaphorically to represent the tricks of the devil. That doesn’t even make sense and I just didn’t pay attention to it enough to rethink it. Gates keep people out of a specific location. Lecrae said it best, ‘Gates are not weapons; they don’t attack people or things. They are defenses.’ How many times haven’t we heard that the devil is on the attack? Which is true anyway. But if Jesus said he was going to build a church so strong the gates of hell could not stand against it, it means he is building a church that is on the offensive. A church that is entering hell to snatch anything that is redeemable. This reminds me of the verse in Psalm 24 which says that ‘Lift up your heads O ye GATES and be ye lifted up ye everlasting doors and let the King of Glory come in.’ This is what Jesus is talking about. ‘Hell’ here doesn’t mean the place of damnation in eternity but every place, country, industry, field of study, career, establishment, movement etc. that the devil is holding people captives in. The gates of that hell will not prevail against the church that Jesus has built. We are on the offensive Church! If the movie industry is glorifying the works of Satan, we need Christians there. Just a few weeks ago I watched an interview of Mel Gibson in which he said ‘I made the ultimate superhero movie when I made the Passion of the Christ’. That’s what I’m talking about! You say hip hop is too profane, misogynistic etc. cool. We need somebody from the church to step in and let his light shine away the gloom. Big ups to Lecrae for the work he is doing. ‘Oh rap battles on the streets is way too crass and profane’, well that’s the reason why we have Street Hymns actively battling without cussing or using violent language. He laces each verse with biblical allusions so beautifully. How cool is that? ‘This will not have much impact’, you might say. But wait for it. Wait until a whole bunch of people start testifying to how their lives are being changed because some Christians refused to remain defensive and are rather on the offensive to reach out to the lost souls and the perverted art forms.

At the end of the day I am just happy with what Lecrae is doing. I don’t even agree with everything he says or does but I look up to the guy. Sometimes I hop onto Lecrae’s instagram and facebook pages just to read the insults rained on him by Christians. It is all too pathetic. His latest single ‘Can’t Stop Me Now’ highlights how depressed he has been over some of the comments that people pass concerning stuff they know nothing about. Shame on us! Would it not be much more beneficial if you went on your knees and said a prayer for the man? It is easy to see the flaws of one standing in the spotlight so be very gracious in your criticism. Because one of these days you will stand in the grandest spotlight before a cloud of witnesses in heaven and you won’t be judged by how much you pointed out others’ mistakes, but by what you did. May you not be found wanting.

Seasons – from Seed to Sequoia

April 23, 2018
I haven’t seen a giant sequoia tree before so I did a little reading on it and I discovered some amazing facts. First of... More

November 2, 2017
Undoubtedly, ‘Sing to you’ is my favorite song on the “Today We Rebel” album. And it is all because of one line in the s... More

May 5, 2017
Who is qualified to worship God? And who measures the quality of worship? God himself chose Abel’s sacrifice over Cain’s... More

September 29, 2016
To those of us who are familiar with the music ministry of Naa Kronkron, news about her soon to be released debut album ... More

July 13, 2016
For the fear of blaspheming, most Christians refrain from asking God genuine questions. But there is a huge diffe... More
Prev Post More by Naa Kronkron ft. Abigail Koran
Next Post Tattoos, Multiple Piercings and Cross-dressing 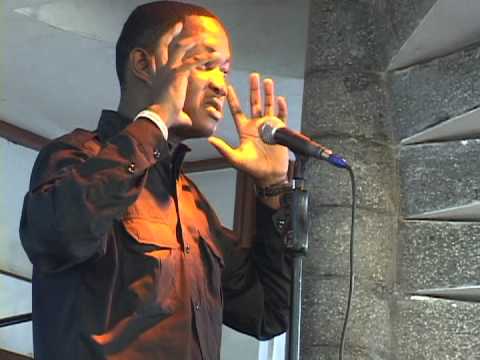 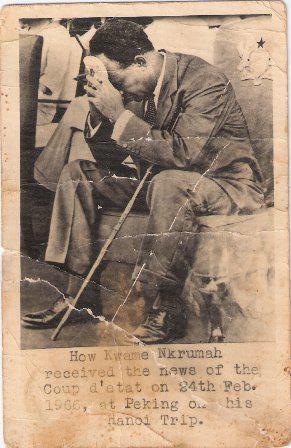