How can one end up finding Jesus in his pursuit of Allah? G.K Chesterton said that ‘paradox is truth standing on its head for attention’. And that is how I feel about the title of this book. The title alone is gripping. Personally, I was captivated – not only by the title – but throughout the entire read by the honesty of the writer and his audacity to switch religions. I doubt I can even change the sports teams I support for any reason under the sun. So what can make a man change his entire belief system when he knows that very decision has dire consequences?

I have followed Nabeel Qureshi for some time now. It is no news that I am an ardent follower of the Ravi Zacharias International Ministries (RZIM). Nabeel happens to be one of the Christian Apologists in that ministry. He gets to work closely with Dr. Ravi Zacharias himself! *sigh*. What an honour! I have heard Nabeel’s  testimony several times. In one of his sermons, while sharing his testimony, he almost cried when he got to the part where his mother didn’t turn up for his wedding because he had turned his back against Islam. Really, that would hurt. From the start of the book to the end, one thing is clear, after his faith, the second most important thing in his life is his family. So becoming a Christian literally meant that Nabeel let go of the two most important things in his life. One can only imagine how hard it is on Nabeel right now to suffer rejection and excommunication from the very people he loves. Is it worth it? Is Jesus Christ worth losing your loved ones over? Is salvation that much of a big deal?

The first few chapters of the book introduce us to a younger Nabeel – young, enthusiastic and inquisitive about his faith. Those chapters bear his fondest memories of Islam and his family. At a point, you would almost think he was making a case for Islam rather. The reader is likely to appreciate and respect Muslims even more after reading the opening chapters. He spoke with such endearment in his speech about Islam that one could only conclude he was truly proud and serious about his faith. For a christian like me, who has next to zero knowledge about Islam, this part of the book was a real eye-opener. I must say that I have learnt a lot from this book. The purpose of this article is to highlight some of the most important lessons I learnt from it. It is also supposed to be a wake-up call to all Christians to strive to read widely about other religions. Of course, you need to be well-grounded in Christianity first.

One of the most outstanding quotations in the entire book is, ‘effective evangelism requires relationships’. This reminds me of something Lecrae said in his song ‘Dirty Water’. He said, ‘I just dug a well in West Africa, but how many of my friends are Africans?’. We need to build relationships with people we want to convert or reach out to. Now this isn’t the usual approach we take when evangelizing. Nabeel made the quotation above in reference to the circumstances surrounding his conversion. His conversion was made possible by the sort of relationship he had with his closest friend in the University. Prior to meeting David, Nabeel trumped his christian opponents in any inter-religious debate or discussion. Then he met David and everything changed. David had a response to almost every question and doubt Nabeel raised about Christianity. Even the toughest questions. I remember closing the book and plunging myself in deep thoughts almost at the verge of doubting the authenticity of the bible. I hadn’t heard it before. I thought the bible was 100% accurate. When Nabeel raised the issue of the obvious errors and interpolations in the bible I almost threw up my hands in surrender. But the response David gave to this allegation was remarkable (read here). For a friendship to grow stronger through the years, it takes commitment and most importantly, a shared-interest. These two did not believe in the same God. I want to believe it was their commitment to their individual faiths that fueled their friendship and the mutual respect they had for each other.

As I have already stated, the book is an eye-opener. I learnt so much about Islam and was reminded of many things I had learnt about Islam in my Religious and Moral Education class in Junior High School. I would like to share a few with you before I go on to the shocking findings I made in the book:

Now to some shocking findings in the book about Islam. I would like to state emphatically that the following are not my views. I am simply stating what the book says. Objections and other concerns are welcome in the comments section of this page. Anyway, according to Nabeel:

It was an amazing read and I hope to read more books from the author. I was however disappointed he didn’t shed much light on Jihad and terrorism. Nevertheless, I enjoyed myself. Do I consider myself well-informed about Islam? Yes. But information isn’t necessarily education. So I do not consider myself anything close to a scholar of a religion I have read a single book about. In fact, I have more questions about Islam now, than before I opened the book. It is very okay to have questions. The Lord knows the number of questions I have about Christianity too.

At the tail end of the book Nabeel said ‘He (Jesus) assured me that inconceivable pain and social rejection is part of the Christian walk’. Inconceivable pain and social rejection? So pain is part of the package, if you didn’t get it, you were probably sold a fake product… a fake Christianity. I sometimes really want to fit in. I want to look cool just to be accepted by everybody else, but social rejection is part of the package too. This is what you sign up for once you make that decision. For me, Nabeel Qureshi’s testimony exemplifies what Jesus meant when He said ‘Whoever does not take up his cross and follow me is not worthy of me’. The Christian walk is a long painful slow stroll through a city where people are shouting and jeering at you because of the path you chose. A Christian is someone who is going up a hill while clutching a heavy cross with feeble hands. Taking slow painful steps as the weight of the cross is pressing on his sore back. The people mocking at you because of your ‘misfortune’ are simply people who have abandoned the call to bear their own crosses. Nobody can help you except the one who went through it all and came out victorious.

June 26, 2020
Welcome to the 1st part of the series on God’s sovereignty and Healing during the COVID-19 Pandemic. Journey with ... More
Prev Post Jesus Is God #BustingBiblicalMyths
Next Post In the Mirror ... A Holy Nation.

I love it! Which did you read: a soft or hard copy? If it was a soft copy, is it possible you could send it to me? I too have a burning desire to learn.

Oh my goodness. What light! I’m reading one more time, but you have to send me a copy asap.

Heyyyyy! Lol, i’m sorry i’m now reading. I’ve not been too good. But oh lol! I saw Chesterton, Nabeel, Ravi…it’s exciting, isn’t it? Could you mail me a soft copy?

That said, yes, It is important to not go with propaganda or stereotypes and the like but to read for yourself. Close to two years now i’ve been doing a lot of reading on Islam. Started with Karen Armstrong’s History of Islam, and yes, it’s been good to learn that way. I’d love to do a review myself, so kindly send.

Of all conversion stories however, Lewis’ gets to me most for really dear reasons, but this too, this too is amazing.

Hey, I’d love to read those too. Lemme get at you on twitter.

I smiled when I saw that quote about paradox.
It is one of the [literary/literature LPs (Lit- Phenomena)–I like to call them that] literary devices that I like, though if you ask me to define it right now I’ll somehow be caught off guard–because I easily confuse them with the other LPs similar to it, and dislike getting the exact definition wrong.

I believe these devices are existent or were discovered for us to have a better understanding of life in general; even literature, art, and science.

Without things like paradox, irony, sarcasm (maybe), it will be difficult for us to grasp the deep mysteries of life. Of religion even.

I mean…the following quote from your blog bears witness to the fact of how literary devices behave (and need to be detected) in a piece of writing to grasp exactly what is being communicated:

“At a point, you would almost think he was making a case for Islam rather.”

And yes, I also believe it is vital for christians to read widely about other religions. I have read quite a few “non-christian books” which I however would not recommend generally to just any christian, because as you even said in this review:

“Of course, you need to be well-grounded in Christianity first.”

Because there are some books I’ve had to pause reading–indeed, there are dangerous books out there; depending on several factors. Heck, there are several books I’ve prayed over and about before I plunged my mind into reading them.

But eventually reading widely about other religions as a christian can help one understand those other religions for oneself and be aware of similar or differing religious philosophies or doctrines. But of course, one must seek truth and what looks or feels like truth.

There’s more I wish I could presently say about this review:

the nature of evangelism and how dynamic it can be, the “inaccuracies” in the Bible in light of the sovereignty of God, the dichotomy between information and education, and finally the rejection one will face because of the path of salvation/christianity one has chosen; because I believe it comes in different ways, we just don’t recognise it most the time.

Hopefully, I’ll read this book soon and be informed also. Thanks for sharing.

Hi, thanks for reading. Literary devices are indeed art. I love them too. i like what you said ‘there are dangerous books’. That alone tells us that books can make or break you.

I heard nabeel talk more about it..can i please have a soft copy 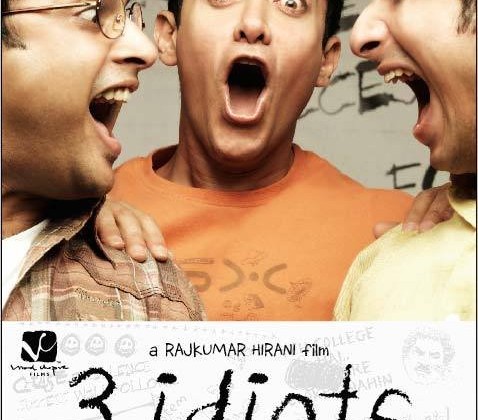 ARE WE IDIOTS YET? 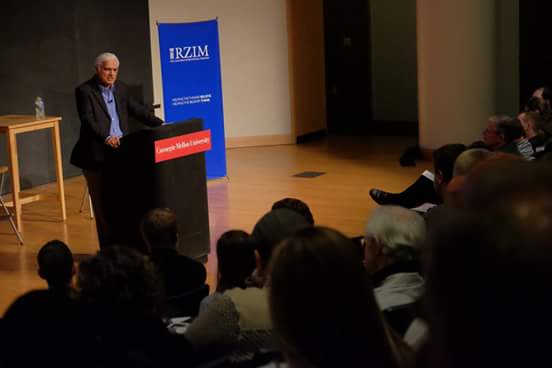 We Should All Be Apologists