We arrived at the church premises later than we expected. It was my idea that we walk from the junction to the church after alighting at the bus stop.  Senyo took charge of the conversation as we walked the dusty road leading to the church. He kept talking at such a pace that he ran out of breath intermittently: maybe because we were walking too fast; or because he was too excited that I had agreed to come. He spoke like he could die for the Prophet. Shockingly, he admitted it. ‘I could take a bullet for the Prophet – I swear I could’, he said. That turned up the anxiety I was feeling inside already by a notch. I couldn’t wait to experience the power of God through his servant, Prophet Bino.

There were ushers everywhere: directing traffic; welcoming people; and some were running here and there like headless fowls. Senyo whispered something about the organizational structure of the church. I didn’t quite get that because I was distracted. There was a humming sound coming from the church auditorium. People were praying. That made me smile. The moment the usher opened the door for us, the prayers didn’t sound like humming anymore. They sounded more like a multitude of people having a conversation on top of their voices. Well, that was just what it was. The room looked filled to capacity, nevertheless the usher managed to find two empty seats for us somewhere in the fifth row. We didn’t sit down when she took us to our seats. Everybody else was praying and we were supposed to be praying too. I felt Senyo shove something into my pocket. Before I could ask what it was he whispered into my ears ‘Dela, that’s a deodorant. Prophet asked us to bring one each for today’s service. I got you one too’.’ A deodorant? For what?’ I quizzed myself in my thoughts. But I didn’t protest; I let that thought slide away. Right after that, Senyo zoomed into prayer. He was praying on top of his voice. I could hear his voice over the multitude of voices in the room. It warmed my heart to see young men praying fervently. Just in front of the pulpit, a group of five men had circled one short man. They were praying to a rhythm by swinging their waists two times and then clapping twice. They repeated the cycle over and over again. Who on earth prays by alternating between pelvic thrusts and claps? Anyway I thought it was very funny. I literally had to cover my lips with my palm to contain the pending outburst of laughter.

The young man leading the prayer was spotting an oversized long-sleeved shirt; a hugely knotted flying tie; a white belt and a white shoe to match it. He was sweating profusely as he prayed – swinging his left arm here and there while holding onto the microphone with the right. He suddenly uttered an extended hiss, indicating that he was about to change the prayer topic. ‘Hallelujah! Oh Hallelujah!’ he said with an extremely hoarse voice. Even before the congregation could respond he went on to elaborate on the next prayer topic:

‘Brethren, we are going to pray against the shpirit of doubt: the shpirit that compels many of us to doubt the anointing on the head of the Prophet. You see, in the bible, Paul refused to believe in the resurrection of Jesus Christ. Until Jesus appeared to him and the rest of the disciples in the room they had locked themselves in…’

‘Paul? Paul doubted the resurrection of Jesus Christ? That was Thomas’ I thought to myself. But I shook off the thought and generously handed him the benefit of the doubt. I began to whisper a few words under my breath too. About two minutes into this prayer session I heard a few voices from behind me chanting ‘Baino! Baino!! Baino!!!’. Soon the entire auditorium was electrified as many began chanting ‘Baino!’ too. I couldn’t understand what was going on. I asked Senyo, who told me the prophet was making a majestic entry into the church from the back. I looked very confused. But with a smile on his face, Senyo explained, ‘The name is actually Prophet Binoculars. Many call him that because of his exceptional ability to see that which the naked human eye cannot see’. ‘So it is some sort of a nickname’, I retorted. The chanting went on and even gathered a lot of energy with each passing second. One could tell that this was a church tradition. The entry of the prophet was obviously more important to them than the prayer. I turned around to catch a glimpse of this glorious sight only to be surprised by the fact that it really was what I expected it to be: a glorious sight. He took slow steps as if he had no cares in the world. With raised shoulders and slightly pouted lips he waved his hands at the people who were cheering now. Prophet Bino looked angry – maybe just pompous. As he made his way past our row, I realized that the white velvet robe he wore swept the floor after him. The atmosphere was charged now. Many ran back and forth in the aisles as if possessed by the ‘Tazmanian devil’.

He motioned, and the room was as quiet as an examination hall. The very moment he took hold of the microphone he said with a deep voice, ‘you are welcome to the Christ Resurrected Nazarene Calvary Church, be seated’. ‘Christ what?’ the name of the church defies every single semantic rule in grammar. Just there and then he pointed at a woman in the front row. Ushers rushed to wrap a cloth around her waist. He said something about some yellowish liquid that had been oozing from the woman’s nether regions. She nodded in agreement – at this point she was standing right in front of the prophet. His thick left hand landed on the woman’s head in what appeared to be a struggle. He kept twisting and turning her head roughly while praying. After a while he declared, ‘I HAVE DELIVERED YOU!’. The cheers that followed this declaration were louder than the one that heralded his entry into the church. He shrugged and kept that posture while turning around: as if to say ‘you know me. This is nothing compared to the other mighty things I am known for’. Wow! I had never seen such a display of self-glorification before.

Prophet Bino instructed the congregation to take out their deodorants and rub it in their armpits. I didn’t want to be a part of what was going on at all. Many were mumbling a few words of prayer while doing it. Senyo was doing it with a special kind of zeal that he didn’t even notice I wasn’t complying with the instruction. At this point I was lost in thoughts. But I could still hear him say – well I heard it faintly – that anybody who was tickled by the rolling ball of the deodorant would know no sorrow and would laugh for the rest of their lives. The entire congregation roared with laughter at this point. I was far away from them. I was nowhere near the church. I could see scenes from my village square playing in my head. When I was 12 years old my mother took me to the village square for the very first time to witness the ‘Trogbor festival’. ‘Trogbor’ means ‘the return’ in Ewe. It is celebrated by the people of ‘Etodzi’ to mark the return of the spirits of dead relatives. Every year, these spirits paid the villagers a visit by possessing the fetish priest and his subjects. The fetish priest and his subjects would display several magical skills to the admiration of many as a result.  And when those gathered there clapped, he shrugged and kept the posture for a few seconds (so this was where I had seen that pose before). It was believed that the spirits of the villagers’ dead relatives possessed the priest and his subjects but one couldn’t tell whose relative was controlling which of them. They ran up and down like they had no sense of direction; occasionally crushing into each other and falling in the process. The villagers waved at them, in hope that they were waving at their departed kinsmen

I guess this was the connection between Prophet Bino and the fetish Priest: the conceited demeanor he exuded. I was literally deaf and blind to what was happening around me. Suddenly, I remembered the day I gave my life to Christ. I could almost still feel the rain water dripping down my face mixed with my own tears as I stood in front of the crusade grounds. The Evangelist who made the alter call spoke with such passion and fervency that many gave their lives to Christ that day. Somewhere in his sermon, he spoke about the eruption of false prophets and teachers especially in the cities. He spoke about how most of them are shepherding millions to hell. Anytime he mentioned ‘hell’ it was as if he was about to break down and cry. You could tell that he was grieved by the fact that some people would end up there. I now understood that that part of the sermon was about Prophet Bino and the many like him. I wondered if his followers ever read their Bibles to know what it said about such Prophets. Prophet Bino is nothing like Jesus. He isn’t meek, gentle or driven by compassion when he sees the multitude of people. Heck, from what I hear, he rarely preaches a sermon; he only shows up to display his ‘super powers’.

My heart was broken. I told Senyo I was leaving and handed him the deodorant: while trying to get up he held my arm, but I yanked it from his hands and walked away never to return.

June 26, 2020
Welcome to the 1st part of the series on God’s sovereignty and Healing during the COVID-19 Pandemic. Journey with ... More
Prev Post ZIP IT!
Next Post JESUS CHRIST IS GOD!

There are 18 comments for this article 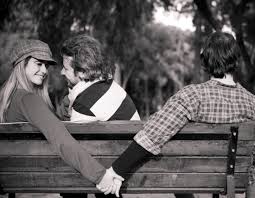 THEY BREAK HEARTS TOO.