Every year there is a scandal in the news relating to the activities of a particular  man of God. Such stories make you hang your head in shame as a Christian. It is quite embarrassing at times to hear these things. The gullibility of some congregants fueled by their desperation for miracles or the miraculous makes them easy prey for these pastors.

Rather than it being an indictment on the credibility of the gospel of Jesus Christ, it is a bold stamp of approval. Let me explain. One of the strongest arguments anyone can ever make for the bible is its Prophetic essence. The bible is laden with the prophetic. Past events in human history were predicted by prophets of the ancient world. Jesus himself had to fulfill about 61 prophecies (According to this article) in the Old Testament as proof that he was the promised messiah. Daniel prophesied the global reign of various kingdoms of this world and how their reigns would be succeeded by others. There are so many prophecies in the bible that have been fulfilled and evident in our day. One of such prophecies is the eruption of false prophets and teachers. Jesus said it. Paul said it. Read how John put it:

Beloved, do not believe every spirit, but test whether they are of God; because many false prophets have gone out into the world. 1 John 4:1

Test all spirits. To test the credibility of anything, there must be a standardized system of measurement. To test or verify how straight a line is, you must use a ruler. To test for the alkalinity or acidity of a liquid, you use a litmus paper. To test the spirit of a prophet, the bible is that standardized testing kit. If what the prophet is doing is not biblical, he is false – as simple as that. But you know people are lazy, right? They don’t want to read and find out for themselves. One thing I have realized in my walk with God is that all he yearns for is a very strong relationship with us. God’s aim isn’t to rid your life of pain. Let me repeat this for emphasis. God’s aim isn’t to rid your life of pain. If that were the case, he would have said, ‘take up your pillows and wait for me’. Instead he said, ‘… take up your cross and follow me’. That is supposed to be painful.

This truth is even more evident in the story of Lazarus. John’s account stated clearly that Jesus loved Lazarus and his two sisters. It doesn’t make sense why Jesus would love these people so much and yet there was no sense of urgency when news of Lazarus’ sickness reached him. If Jesus’ aim was merely to rid Lazarus of physical pain, he would have set off immediately to heal him. There was a bigger plan. He waited for the situation to deteriorate to the point where ancient – and even modern – medical expertise could not save Lazarus. After resurrecting Lazarus, all the Jews that saw the miracle believed in Jesus (John11:45). That is evangelism. Do you see the actual purpose of the miracles of God? They are not intended to just tickle you or make you happy. There is a greater purpose for God’s miracles: they are to build your faith; establish your relationship with him and draw other men to him. My problem with some of these preachers is that they ‘advertise’ God – or themselves – as a quick fix for every problem. You are definitely walking away with a miracle once you encounter them.  God is not a genie. You don’t rub a lamp for his nebulous self to appear to you, ready to do your bidding like he doesn’t have a grand scheme that you are just a pawn in. I am by no means introducing you to a sadistic God who derives pleasure from the pain of his children. All I am saying, is if it took the death of one man to make salvation available to all men, then you should best believe your physical pain can be useful in making the world a better place. The financial challenges you are facing now will be the very reason for you to extend a philanthropic hand to the needy when you become wealthy; because you have been there before. For every pain you go through, God will give you boundless joy and pleasures unthinkable in heaven if you remain faithful to him. Be encouraged and be of good cheer.

Now, let’s get back to these fetish pastors. One thing that is prominent in their ministry is the glorification of Christian paraphernalia and sometimes the sale of it. The very moment a pastor or prophet exalts anything physical above God, I try not to have anything to do with him. The sale of special anointing oil; holy water; anointed handkerchiefs etc. are all not biblical.  However, it is clear from scripture that believers are admonished to use the anointing oil to pray for people and take the communion in remembrance of Christ.

The bible is rife with instances where Jesus and the apostles deflected attention from themselves or anything physical and rather pointed people to God. Jesus’ encounter with the woman at the well is an example. Jesus told her that there is a time coming where ‘the true worshipers will worship God in spirit and in truth’. Simply put, no physical entity will matter in how we worship God – neither geographical location, nor paraphernalia nor anything else. Worship is a spiritual experience. Every man of God is supposed to STAY OUT OF THE WAY and let the people worship God in spirit and in truth. Human beings have this inherent desire to worship. I believe God put it in us for the purpose of the worship of him alone. But people who turn away from God tend to make idols of anything at all. They make idols of their pastors. They make idols of their jobs, marriages, academics etc. These pastors are taking advantage of this and that is why they sell ‘anointed’ items to their congregants. Study the life of the apostles and Jesus himself; you will notice that whenever they performed a miracle with the aid of anything physical, they barely repeated it. Remember when Jesus healed a blind man with his spittle and mud, how many times did he do that? He knew if he had made a practice of this act, people would be after his saliva and not him. This is what is happening now. People are after the miracles and not the giver of all miracles. So God may tell these pastors to do something symbolic just one time, like, praying over water for their congregants; but they will turn it into an entire ministry. If it were one of these pastors who healed the blind man with spittle and mud, they’d probably name their churches after this. Paul didn’t start an apron ministry when people rubbed aprons on him and took them home to heal the sick with. Peter didn’t start a shadow ministry, when his shadow fell on the sick and they recovered immediately. But holy water is for sale in a certain church as we speak. I even hear the blood of Jesus is for sale too. This is more fetish than Christian.

Do not fall for the acts. I believe every man of God is a messenger. Every messenger bears a message. God still sent Moses to be a deliverer in spite of his speech impairment. When you know the sender of the message, you can easily detect whether or not the message is coming from him. Let’s look at the case of Moses vs. Pharaoh’s magicians. Notice how they replicated most of the plagues wrought by Moses’ staff. The miracles can be replicated by foul spirits but the message can never be replicated.  One of the plagues they couldn’t replicate is the one God prides himself in most: the killing of firstborns as a precedence for the freedom of those in bondage. This was just a foreshadow of the death of Christ. If Christ is described as the firstborn of all creation, then his death – just like in Moses’ story – is that which can never be imitated or done by anybody else. Just like the death of the firstborns of the Egyptians was the last straw that broke the camel’s back and set the Israelites free, the death of the firstborn of all creation set us all free. And that is what we are supposed to keep our minds stayed on. If your eyes are fixed on Christ, his death and resurrection, no wind of doctrine can blow you away. In John 10, Jesus said that he is the door hence anyone who enters into the sheepfold without passing through him is a thief. As sheep of his fold, we must keep our eyes on the door. Not the window. Not the crack in the roof, but the door. For this is where genuine, qualified shepherds will come from.

Christianity is not Jewish cultural assimilation: where we are supposed to copy Jewish traditions. Some of these traditions were vehemently opposed by Christ himself. My stomach turns at the new trend in some churches these days. They are of the view that the more Jewish they are, the more spiritual they are. Some pray covering their heads with prayer shawls, like the Jews do. Some pray at certain times because that is what the Jews do. Some also travel all the way to Israel to touch the Wailing Wall to say a prayer. Here again, I will make reference to Jesus’ response to the woman at the well: the true worshipers will worship God in spirit and in truth.

It is very easy for people to assume this is an African phenomenon. The propagation of the prosperity gospel in America is just a westernized form of the situation in Africa. Jim Jones is one clear example of such fetish men of God from the west. The thing is, because of the traditional background of Africans, we are used to the mode of operarion of spiritualists. A spiritualist or fetish priest will give you what you need at a fee. He will give you a token to keep and rituals to do to maintain the efficacy of whatever token he gives you. So even after being converted to Christianity, we expect same from our pastor – which is so wrong. There is nothing wrong with asking a man of God to pray for you. But he shouldn’t take the place of God in your life.

For there shall arise false Christs, and false prophets, and shall shew great signs and wonders; insomuch that, if it were possible, they shall deceive the very elect. Matthew 24:24

February 10, 2020
Suicide is defined as the act of killing oneself intentionally. I was younger than 10 years when I first heard of a suic... More
Prev Post Should A Christian Say Sh#t In A Song He Wrote?
Next Post Chibok Girl (Victim of Circumstance)

There are 2 comments for this article 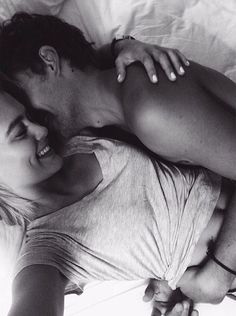