Feminism and Misogyny in the Bible #BustingBiblicalMyths

Some people are of the view that Christianity is misogynistic: it expresses a certain level of hatred towards women. But is this really the case? First of all, people really need to improve their skills in Textual Analysis before they make a supposed informed opinion of a text. The presence of a particular event in a text does not define it or represent the major thematic concern of the text. There is murder, genocide, homosexuality, polygamy, alcoholism etc. in the bible but none of these are approved practices for Christians. There is a bevy of misogynistic acts in the bible. Does this in any way indicate that Christians are supposed to express a certain level of hatred and disrespect towards women? No! The Titanic is a love story. You cannot merely say it is a story about death because of the number of people who died at the end. So yes, there are so many stories in the bible that demonstrate humanity at its misogynistic best, but is Christianity misogynistic?

The reality is, it is not Christianity that is misogynistic, IT IS THE JEWISH CULTURE THEN THAT WAS MISOGYNISTIC. But Christ came to introduce us to a new life which he exemplified by showing the highest form of respect to women. We will delve into this later on. I would like to state this blatantly, one of the oldest acts of feminism is recorded in the bible. The fight for the rights of women started thousands of years ago. It was a very successful one seeing that the laws of Israel had to be amended because a bunch of young ladies who knew their rights, stood up to fight for it.  I speak of the daughters of Zelophehad – all five of them. There are a lot of lessons in their story that present-day feminists can learn. These young girls, upon realizing that they were being denied access to their father’s property after his death (because of their sex)  rose up and went straight to the highest authority of Israel – Moses – to demand what was duly theirs. Moses took the matter to God and God said “What the daughters of Zelophehad are saying is right”. Hence, they received properties amongst the relatives of their father and a new law was established. The point is, they didn’t go accusing Moses of being sexist – seeing that the law was above Moses himself. These ladies didn’t challenge Moses’ authority. They simply made an appeal, yet their actions yielded overwhelming results for them and the many other women like them. This is indeed feminism.

Nevertheless, throughout the bible we see so many instances where women are treated unfairly because of their sex. But let’s not go cherry-picking in the bible. The issue is, it is a bad academic exercise to pinpoint the misfortunes of women in the bible and use it as the foundation to argue out the fact that the bible is misogynistic. That is wrong.

Christianity derives its essence from the life and teachings of Christ. So to determine whether the Christian doctrine in itself is misogynistic, we need to look at the life of Christ and how he treated women. Jesus indeed made a deliberate attempt to go against the status quo set for someone of his status in his relations with women. First and foremost, he allowed his feet to be washed by Mary (a known whore). This is such a big deal considering who Jesus was and his purpose on this earth. Undoubtedly one of the most outstanding events fueled by patriarchy in the bible is the story of the woman who was about to be stoned by an irate mob. Apparently, she was caught committing adultery ‘alone’… all by herself. This is how patriarchal the people were. They didn’t think the man she was in bed with was as guilty as she was so they let him go and decided to stone only her. But Jesus stood up for the rights of this woman and turned the law against the mob. Being convicted by their own conscience and knowledge of the law, they left her alone. Even on the cross, Jesus displayed his love and respect for women. While hanging there, Jesus told his mother ‘woman, behold thy son’ and to John he said ‘behold your mother’. This little gesture implies that Jesus entrusted His mother into the caring arms of John before he died. As a Christian gentleman I am supposed to emulate this lifestyle in every way possible. The gospel of Jesus Christ compels me to respect women and fight for their rights.

One of the most controversial chapters in the bible, so far as sexism and misogyny is concerned is 1 Timothy 2. Militant critics are of the view that Paul’s pastoral letter to Timothy expresses some level of contempt towards women when he commanded them to remain silent and also forbid them to usurp spiritual authority over the men in church. I find people’s assumption that Paul promotes misogyny in this chapter to be very inconsistent with other Pauline writings. The apostle was a leading advocate of gender equality within a culture that was popularly known for its heightened hatred towards women. In Galatians 3, Paul makes it crystal clear that there’s no such thing as male or female in Christ’s family. That is, men and women are of equal importance in the eyes of God. A chunk of the New Testament informs us that Paul actually team-taught alongside various women, commending them with the highest form of respect for breaking their backs for the sake of the Gospel. In his letter to the Corinthians, Paul stated that a husband had NO authority over his own body, but his wife DID and vice-versa. Now, that’s a very heavy pronouncement. This is Paul championing gender equality again by demanding mutual respect between both sexes in marital homes – especially concerning sexual activities. Just in case you missed it, the ‘so-called’ chauvinist, in Romans 16, makes a unique reference to Phoebe a sister in Christ, as a deacon. It was such a big deal in those days, that a woman could be a deacon just like Paul, Timothy and Apollos – who had presiding authorities over churches. Seems like the ‘sexist apostle’ is digging his own grave, right? Be reminded that we are examining these facts in the 1st century context where women were heavily despised!

We see time and time again that Paul’s teachings were in sharp contrast with the promotion of sexism. What then do we make of Paul’s admonition to Timothy concerning women? 2 Timothy 3:6-7 and 1 Timothy 5:11-13 give us a clue as to what Paul intended to communicate to the people. The women of Ephesus then were deeply associated with paganism before they got converted to Christianity. As a result, they were probably spiritually immature. It then makes sense if Paul wasn’t going to risk anything by putting them on the forefront to promote the Gospel. Moreover, there were false teachers around who were ever ready to pounce on any of these women to teach them false doctrines—the very thing Paul was trying to avoid. In summary, I believe Paul was addressing a specific problem that plagued a specific church (the Church of Ephesus). He wasn’t making a general rule, nevertheless, any other church going through the same problem can apply this solution in their case. So if you should ask me, this ideology that Paul was sexist falls flat because the arguments to support such fallacious ideas do not in any way fit the teachings of the Bible. Proper exegesis reveals to every reader that NO passage in the Bible encourages people to oppress women. Rather the bible encourages wives even to strive hard in economic ventures. The woman in Proverbs 31 is a superhero; she has a stable job and still has her family at heart. This appears impossible in today’s world, but the bible encourages women to work hard in their careers while caring for their families.

I would like to say this quickly. More often than not people call out religious leaders for propagating sexist ideologies in their sermons and opinions expressed on other platforms. But why doesn’t anybody question evolutionism for its sexist ideologies? I honestly want to know how a woman can be a feminist and an evolutionist at the same. Especially because Charles Darwin claims that “… males are more evolutionarily advanced than females”. Which means by nature, men are ahead of their female counterparts intellectually and physically.

While it may seem like a greater portion of scripture records several masculine accomplishments, the Bible does extremely well in capturing equally significant events involving women. God appointed powerful women like Deborah and Esther to lead the Jews during Israel’s dark and spiritually-barren period. Jesus (God in flesh) revealed His true identity as the Savior of the world to the woman at the well, much to his disciple’s chagrin. The most important historical event of this world (the Resurrection of Christ) was revealed FIRST to a group of women. The prophet Isaiah, under the influence of the Holy Spirit, alluded God’s tender love towards His people to that of a MOTHER who comforts HER children. What a powerful positive feminine image! Time and space wouldn’t allow me to prove to you more that the Bible doesn’t oppress women but rather celebrates them. Sexism has never been God-orchestrated because in the beginning, He [God] created human beings—male and female—in His own image to reflect His nature. The Bible, God’s Word, will forever respect the intrinsic worth of both men and women. It is a word that is settled forever.

February 10, 2020
Suicide is defined as the act of killing oneself intentionally. I was younger than 10 years when I first heard of a suic... More

There are 8 comments for this article 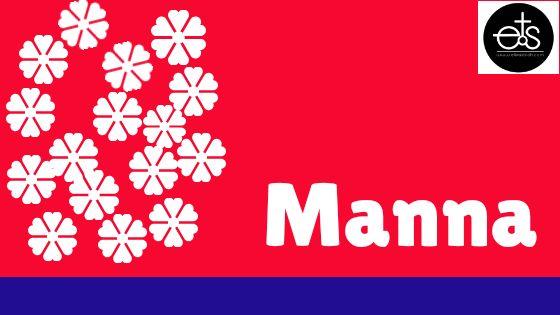 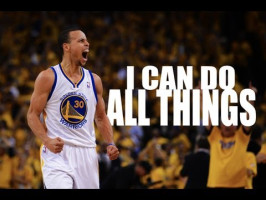 The Holy Spirit is moving through our Locker Rooms…