I have never been racially abused in my life; certainly because I live in Ghana. Hence I completely agree with Chimamanda Adichie when she says through Ifemelu, a character in her novel ‘Americanah’ that ‘I became black in America’. Of course Ifemelu wasn’t suggesting that her skin color darkened when she moved to America but rather, she came face-to-face with racial disparity there. Just like I keep telling people, I forget I am this tall till they mention it. Sometimes you are unaware of who you are until someone else points it out to you. The reality is more indelible when it is pointed out to you in the most demeaning way.

People pretend at funerals. There are people who could barely stand the presence of another person even if he/she was 3 borders away and yet show up at their funerals crying Boti falls. I am just saying that people can even feign concern when the dead person was an arch-enemy. So I wonder what it takes to actually show no concern for the living and none at all after they die. 147 students were killed at Garissa in kenya and it isn’t given much attention by the media and African leaders. I don’t even want to put myself in the shoes of the parents of the dead, yet I can still feel the pain here. I was a university student not too long ago, so I can really relate to the plot. We must show concern. We are not too busy to show concern. Especially when our leaders flew all the way to France to join in a march against terrorism after the Charlie Hebdo attack. 11 African leaders went all the way to join world leaders of white nations to march against global terrorism. But when terrorism hits hard on the continent, they appear numb and indifferent to the plight of their very own. Black lives must matter on this continent. 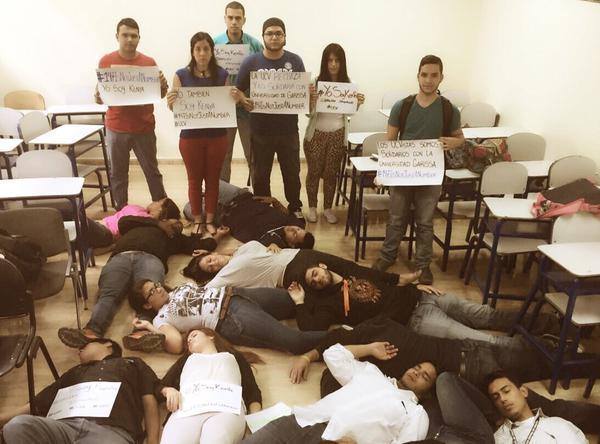 In America, it appears the easiest crime one can get away with is shooting a black man and claiming he was armed – even if he wasn’t. I watched the video of the white police man who shot  an older black man whose back was turned against him. It didn’t even seem real – that was how unbelievable the plot was. I watched the life literally squeezed out of Eric Garner by a white police man. Do you know what it means to see a man take his last breath? –More so when he wasn’t prepared? Black lives really don’t matter. Black lives have never mattered since the slave trade. They always make it seem the worst tragedy ever recorded was the killing of 6million Jews by Hitler in the holocaust. It turns out the death toll of the slave trade makes the holocaust look like an under-patronized slaughter house. Black lives have been under attack before we could even spell ‘attack’. I find it rather comforting to see a few white people join in the protests against ‘police brutalities against black people in America’. It only goes a long way to show that it isn’t an “us vs them” fight. But rather humanity versus injustice, humanity versus institutional racism. That is one sure way we can win the fight – when we realize the enemies of black people are of different colors (even black), religion and social standing.

I really feel sorry for my brothers and sisters in Kenya. These are hard times for them. Nevertheless, it will all be over soon – no situation is permanent. There is nothing more painful than to live in a world where nobody else thinks you matter and then your own brother kills you just to justify that fact. Those Aalshabab militants were black people. Black lives don’t matter to them. Boko Haram is made up of black people too. Black girls’ lives don’t matter to them. The members of ISIS in Egypt killed 21 of their kind. Black Christian lives don’t matter to them. Black lives matter, everybody else is probably blind to this fact. Till eyes are opened, those of us who see must rise up and show concern for black lives and about black deaths. Let love rain and reign in Africa.

June 26, 2020
Welcome to the 1st part of the series on God’s sovereignty and Healing during the COVID-19 Pandemic. Journey with ... More
Prev Post THE FAITHLESSNESS OF IMPATIENCE
Next Post CHRISTIANS: AN ENDANGERED PEOPLE