The legend of the Trojan horse is about one of the most outstanding war strategies. According to the Legend, the Greeks decided to build a large wooden horse in which some of their soldiers would hide. Because they were not able to chalk much success in the war against Troy, they hatched this plan. The people of Troy came out to fight one day only to find a huge wooden horse parked on the battlefield. They decided to drag it into their city. At night, the Greek soldiers came out of the horse, killed the guards and opened the gates for their comrades; they then attacked and killed the people of Troy in their sleep. This was how the Greeks won the war – with the help of a wooden horse.

A Trojan horse is a seemingly harmless horse. You cannot ride on it so of course it won’t throw you off its back. It appears friendly from afar. It is cool and trendy. But the very moment you allow it into your life it creeps up on you in your sleep and suffocates you. This makes me wonder how many Trojan horses I have allowed in my own life. The benign things that I allowed in my life that later became my undoing. The harmless people I allowed in my life who later did me harm. You see, the Trojan horse attacks you psychologically before it does so physically. Once you are in the presence of the horse, you lose your senses; you don’t think straight. Wise counsel sounds extremely foolish to you. You literally betray personal philosophies just to keep it around. This is the reality of the Trojan horse phenomenon. But please know that, no matter what good reasons you have for keeping it around, it still doesn’t deserve a square meter of space in your life. Kick it out!

I hope you realize that even with a thousand living horses the Greeks wouldn’t have made any headway against the armies of Troy. It took a non-living horse: a wooden horse that doesn’t run. One of the things we need to know is that, the things that are mostly detrimental to us are sometimes non-living things. Yes, human beings can inflict pain but sometimes the non-living things we allow in our lives have a far more detrimental effect on us than humans do. The bible says, ‘Do not be deceived, God is not mocked; whatever a man sows, that he shall reap’. This is true agriculturally, philosophically, scientifically etc. You don’t sow sunflower seeds and expect an orange tree to sprout out of the ground. That is absurd. What you sow in your own life is what you reap. What you allow into your life is a seed, so expect it to germinate and bear fruits anytime soon. We tend to forget this fact. We tend to forget that we are a product of what we spend our time doing. So if you don’t like the fruits you are bearing, dig up the dirt of time and find out what seeds you planted in the past.

During one of my vacations, I spent a lot of time watching Def poetry produced by Def Jam. It is a secular platform for poets. I usually watch p4CM poetry which is more Christian, but I just wanted to watch Def Poetry that vacation. The poets are amazing. I learnt so many things from them. So I decided to pen a few pieces before I went back to school. I realized that my diction had changed. I was always at the verge of using foul words in my poetry. Considering the fact that the audience I usually present my poetry to is largely Christian, I had no business “cussing” in my poems. I looked back and realized that it was the Def Poetry I had been watching all vacation long. Most of the poets cuss and swear in their delivery. And without consciously planning to, I almost cussed too in the presentation of my thoughts. That would have contradicted the messages in my poems. But the Def poets are extremely good! Here is another truth about Trojan horses, their most dangerous weapon lies in their innocence and benignity. You welcome them into your life because they are adorned in white linen only to realize the gothic apparel they wear underneath their clothes. I find it interesting that rat poison is usually more than 90% food. It is just a little portion of it that is poisonous yet the entire substance is called ‘Rat Poison’. Why? Well, this is probably due to the effect a little negative has on a large positive. No matter how greater the proportion of food is to the poison, you will still die when you eat it. No matter how many good morals there are in that song, novel, movie, series, video etc. the little negative will still have an effect on you. There is nothing bad in this world that is advertised as bad. The packaging is always attractive, but the substance defines the product.

I am not trying to tell you how to live your life. I just want you to live life with the mentality of a farmer; knowing that what you sow is what you will reap. Please do not be surprised if you reap what you sowed. Let’s all beware of Trojan horses.

June 26, 2020
Welcome to the 1st part of the series on God’s sovereignty and Healing during the COVID-19 Pandemic. Journey with ... More
Prev Post JESUS CHRIST IS GOD!
Next Post DEATH IS NOT FATAL

very much needed information..thank you for drawing my mind to this…..couldn’t help but acess my thoughts…God bless

Gbam! This is exactly what I was sharing this morning on Facebook. https://www.facebook.com/mawuliusk/posts/10204515001288220?pnref=story

Trojan horses or sheep in wolf clothings are one of the main recruitment tools of the enemy these days. I’ve seen great children of God getting recruited to do Satan’s bidding these days.

The main targets are those who have vowed to stay clean in the pursuing holiness in Christ. They the agents are recruiting by various inflictions and follow up extending of fake love.

Driving Around With a Flat Tire | RETHINKING
#481

[…] it) is just as dangerous as driving around with a flat tire. My friend Eli would have called it a Trojan horse, outwardly adorned in white linen but there is a gothic apparel underneath it. Push the analogy of […] 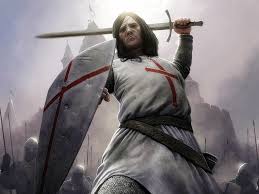