WHERE IS THE LOVE 1?

Slowly, we walked back to the house quietly, the silence was deafening and pregnant with such a high degree of agreement amongst the three of us. Two of my elder brothers and I, were returning from burying our dog (actually killing it). This all happened because the dog which had been sick for a long while started stinking badly and the veterinary officer advised us to bury  it (due to a certain medical condition).

According to him, a dog’s heart may stop beating yet it will continue to live for a while (I don’t know how true this is). Hence our dog started to stink like a dead dog yet very much alive, compelling us to end it all by burying it. After digging the hole and putting it in, we  scooped  sand and  threw it into the pit. When the pit became uncomfortable for the dog it tried to crawl out, suddenly a heavy knock from the shovel my brother was holding landed on its head and it finally fell in, dead! No words can express how we felt that very moment, our actions spoke volumes that day because when we went back into the house none of us ate. We had just lost a member of our family. This experience often causes me to wonder what runs through the minds of killers. I call them ‘human beings who are not being human’. I am very curious to know what runs through the heads of the most notorious serial killers. Do they find peace after killing others? For even the effect of killing a dog changed my mood that day though  this was even as a result of medical advice given us by the veterinary officer. I am just saying there is no reason that will  justify the actions of a man who took the life of his fellow man – whether political, religious, or even personal, none at all!! Yet what do we see around us?

And what is more sickening is how numb most of us have become to the plight of the many who suffer injustice in this world. Until it happens to our very own or someone we know, we totally remain indifferent to it. So nowadays evil is only visible when it is close to us but not when it is far from where we live. As a matter of fact, evil should not be visible or seen with the eyes, it should be felt. Felt by any and every one walking on this planet no matter where it is done. What happened  in Kenya over the weekend, is proof of this phenomenon in my own life. I usually take to the social media networks to rant about some of these things or simply to share my thoughts on them. I heard about the siege in the Westgate Mall in Nairobi, I decided to share my thoughts on the issue on twitter. I totally forgot and certainly went on to tweet about irrelevant things. Early Sunday morning, when I heard of the death of Prof. Kofi Awoonor (a Ghanaian), that is when I decided to join in the train of sympathetic people on twitter, who were registering their displeasure at the terrorist attacks. This is certainly a wakeup call for me, and I believe for you as well. Though we live in a world where we all have varying foot sizes and shoe sizes yet I believe the solution to this problem is to fit our feet into the shoes of any and every one going through a hard time. Just fix your feet in their shoes, if you find it extremely uncomfortable and painful then you know they need love and a lot of sympathy.

To those who sit and plot evil, I have nothing to say to you. All I can deduce from their actions is, they are  people who have been starved of love from  infancy. It takes one who has been loved to know how to love. A hunger for love is one of the things that robs an individual of his humanity. This is the kind of hunger that all the rice in China  cannot quench. It is inhumanity that will cause a man to walk into a mall and shoot down as many people as possible  just to send a message to someone. It is inhumanity that will cause an individual to look at a child or an elderly person, so defenceless and yet go on to end their lives. It is simply amazing, that a human being will be so robbed of his very essence. Do I think it is political issue? Certainly not. I think it is an issue of personal worth and the value one places on his own life. For how much I value my life determines how much I will value that of others. And for me as an individual, I don’t derive a sense of personal worth from anything physical or anything I own. I simply derive value from God. Firstly because he made me in his own image and likeness, meaning he has placed his value on me and on every other human being. Therefore if  I have any reverence for God at all, it is determined by how I treat my fellow human beings; God’s master pieces too. Secondly, I derive personal worth from the fact that God himself came down in the form of man to die for me. Is there a better way to prove that God thinks I am to die for? This alone puts a smile on my face every time and helps me to respect others because I know God thinks they are  to die for too. I live by these two philosophies in life and my main goal is to get as many people to think like this in the world. This is the true solution to the evil we see around us. Love always conquers evil and the ultimate love is what Jesus Christ demonstrated on the cross.

The main target of terrorist the world over, is not the dead people, it’s actually those who are alive. In the sense that, their  greatest aim is to leave the living terrified and filled with fear, anxiety and uncertainty. Hence Ghana receives the news of the death of Prof. Awoonor with so much displeasure, rage and uncertainty as to what the future holds for us as a nation. The news is still too heavy for me. His poems have been on my lips since my Senior High School days and I will never forget them. In the opening lines of his poem ‘Songs of Sorrow’, he says,’ Dzogbese Lisa has treated me thus’. Well that ‘Dzogbese Lisa’ of a terrorist group has robbed Ghana and the whole world of a pure gem. May his soul rest in eternal peace.

October 31, 2019
The featured image is a picture I took on my trip to Koforidua in September, 2019. ... More
Prev Post COUNT ON ACCOUNTABILITY TO PRODUCE MORALITY
Next Post SIDEWALK PHILANTHROPISTS

Wow…very touching! Thanks for enlightening us on love–a necessity for us as a people. Your pen sparkles!

I know God is love and to have love is to be of God. these evil people may have been shown lots of love as children or basically as human beings but if they haven’t been shown the love of God then all that love has been a waste. i agree it isn’t political or religious but a matter of self-worth and that’s exactly what the love of God gives us as His children. am not really experienced with the bible and i do not know if i truly understand how you feel but i think renaming your piece “where is the love of God” would sensitize those who read it as to the fact that it is not about just showing love because even the tax-collectors do but rather about showing the love of God which will bring peace to the world. on the whole though,i think its a wonderful insight and twist you have given to what the whole world is confused about. whether the attack is religious or political.

@hamlet thanks for reading n motivating me to write always
@david thanx mehhnnnnn… i really appreciate ur comments. exactly what i was thinkn before i wrote the blog. n if u look at the title u wld realize it reads ‘where is the love 1??’ meaning i was planning in writing a part2, a sequel to this one. now that u ve said it the title will certainly be ‘where is the love of God??’

Wow! I bet you, d hardest of hearts wud b soft afta a reading of dis piece; much more, afta a careful study.God bless you my boss.

Thank u boss for readn

General, God bless u for da masterpiece . U are really blessed bruh

I personally think it’s more of a mental problem than political (or any other). If one group decides to kill innocent people just because they want the world to be dominated by people of their kind,… that is insanity which can only be cured by God. Funny enough, I’m very sure they’ll feel accomplished and say they’re “helping society”

Thanks Eli, I have seen another essence of LOVE

Great piece. Thought provoking and wonderfully written. As a Kenyan, I can relate at a personal level. The world needs God’s love above everything else

wow.. thanks my brother to reading.. and my heart still goes out for you. 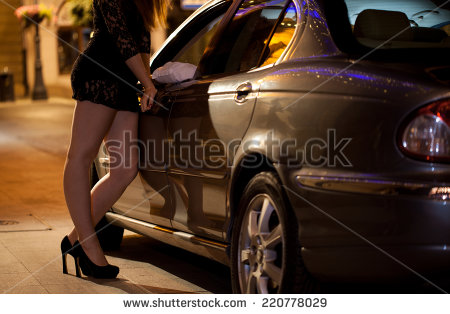