Biblical Justice in a ‘woke’ generation

For the past few weeks I have been learning about the‘Justice Thread’ in the bible together with my brothers and sisters in SASA. It has been nothing short of an enlightening experience for me. I am discovering that Justice is one of the major themes in the bible. I mean, I knew the bible spoke about justice to some extent, but to find out that the theme is that recurrent throughout scripture is shocking to me. It also feels like my eyes have been opened now to the theme hence I am reading verses and chapters that were already familiar to me with a renewed understanding and I’m noticing that they were speaking about justice all along. I might not be sure about a lot of things in scripture, but as of now, I am very sure the bible commands Christians to seek justice for the oppressed.

Justice is defined in the dictionary simply as fairness,equality, equity etc. It is a term we are all familiar with especially in this generation. In our world today, there are many people working tirelessly to ensure that others get justice, by way of being treated fairly by other human beings and equally before the law. It is so interesting to see how many people (both young and old) who identify themselves as socially conscious people and use their little power and influence to advocate for justice and social justice for others.  The modern day term for that is ‘woke’. Being woke is almost becoming trendy nowadays. In rap and popular music,the term that is more widely used for artists that address social issues is‘conscious’. For obvious reasons, conscious rappers are more respected than the commercial ones. This is because they are seen as artists who give up a certain level of commercial success just so they can do advocacy through their art. Commercial rappers have always been seen as those that would make songs for the radio;songs that would make people dance and not necessarily carry a socially beneficial message. In recent times, conscious rappers are selling as many albums as the commercial ones, which didn’t used to be the case in the not so distant past. ‘Consciousness’ is commercial nowadays. Why? Because this generation is fast becoming a ‘woke’ one.

Christians have been involved in many socially beneficial projects over the centuries. At the same time some Christians have done injustice to individuals, nations and generations that have caused many to doubt the core tenets of the Christian faith. Nevertheless the theme of Justice is prominent throughout scripture. As early as the 4th chapter of Genesis, we see God revealing himself to us as the God of Justice. The story in this chapter of Genesis is about the murder of Abel by his own brother Cain.One of the things I find so remarkable about this story is that, even before Cain acted upon his evil desires, God came warning him. God said to Cain, ‘sin is crouching at the door, its desire is for you, you must rule over it’. One thing we must know about God is that, he hates injustice. In this instance we see him speaking to Cain before he commits the act. But as we all know, Cain didn’t heed to the warning God gave him. He went on and slew his own brother. For his punishment, God cursed the ground that he worked on as a farmer and made him a fugitive and a wanderer. Then the Lord put a mark on Cain lest anyone should kill him for the evil deed he had done. This part of the story amazes me too.In meting out punishment, God is still merciful. God’s justice is fair and his punishments are deserving. Cain himself admitted his punishment was too heavy,therefore we can say the judgment of the Lord was fair. However, certain people out of disgust at what Cain did MIGHT HAVE TAKEN IT UPON THEMSELVES to mete out a seemingly stiffer punishment to Cain by killing him. To prevent this, God put a mark on Cain. This is the first time we are introduced to the theme of ‘mob justice vs God’s justice’ (although in a subtle way).

One of the most outstanding facts I discovered throughout our studies over the past weeks is that God loves to identify himself as the God of Justice. Our reaction to this should be a recognition of the fact that he is indeed the God of justice and since we are his people we must also become‘people of Justice’. The 10 commandments are recorded in Exodus 20. Before the Lord dictated the laws to Moses, he said in verse 2 ‘I am the LORD your God,who brought you out of the land of Egypt, out of the house of slavery’. The Jews were in slavery for over 400 years in the land of Egypt. God through his servant saved them and went on to punish the Egyptians. By saying what he said in the verse quoted above, he was basically saying ‘I am the God who heard your cry while you were in slavery and gave you justice’. When Moses saved the Israelites, Justice was served. God loves justice and associates himself with it.

In 2nd Samuel 12, there is a very interesting story that is very essential to the topic under discussion. The story is about how God uses a prophet, his mouthpiece, to speak truth to power and to correct injustice. This is how God often used the prophets in the Old Testament. In this case, Nathan received a message from God concerning the killing of Uriah which was orchestrated by David the king. God sent Nathan his prophet to speak to David and also tell him the punishment that was due him for sleeping with Bathsheba (when he had numerous wives) and killing Uriah to cover up his evil deed. This is God’s punishment to David, ‘I will raise up evil against you out of your own house. And I will take your wives before your eyes and give them to your neighbor, and he shall lie with your wives in the sight of this sun’. God hates injustice and when it comes to meting out punishment he is impartial.Justice was served and God used a prophet in the process just as he did with Moses (a prophet) in bringing justice to the Israelites.

The justice thread remains prominent in all sections of the tapestry of the Old Testament. Be it the law, the prophets, the wisdom books etc. the theme of justice can be found there. Here are a few verses that prove this point:

Isaiah 1:17
Learn to do good, seek justice, correct oppression, bring justice to the fatherless, and plead the widow’s
cause.

2 Samuel 8:15
so David reigned over all Israel. And David administered justice and equity to all his people.

The New Testament is no exception to the dominance of the theme of justice in scripture. At a later time I will look at the theme of justice exclusively in the New Testament. However, there is one passage that stands out for me and it is also very significant to the topic under discussion. Jesus told a parable about the unrighteous judge and the persistent widow in Luke 18. This woman kept going to this judge saying ‘give me justice against my adversaries’. The bible describes the judge as someone who ‘NEITHER FEARED GOD NOR RESPECTED MAN’. Please keep this description in mind as you read on. The woman’s persistence led the judge to then say this:

Though I neither FEAR GOD NOR RESPECT MAN, yet because this widow keeps bothering me, I will give her justice so that she will not beat me down by her continual coming

It is for this reason that the bible describes this man as an unrighteous judge. One of the reasons Jesus told this parable was to point out the fact that not everybody fighting for justice is doing it for the right reason. Not everybody who claims to be ‘woke’ is ‘woke’ for the right reasons. Some people are doing it for personal gain and sometimes just for their own comfort. Just like this judge, he didn’t grant the woman justice because he thought she deserved it, but he did so because he wanted her to stop bothering him.

In this very same parable, Jesus gives us the formula for pursuing biblical justice: FEAR GOD AND RESPECT MAN.These are the very two qualities that the judge himself admitted he didn’t have. He neither feared God nor respected man. Never get it mixed up. Your ‘wokeness’ should stem from a reverential fear of God first, then a respect for human beings. Your ‘wokeness’ can drive you away from God if you don’t follow this formula. There are so many social justice movements in the world today that go against the word of God. As a Christian, you have no business taking part in these all in the name of ‘wokeness’. Does it glorify God? Does it benefit humanity? Ask yourself these questions before you identify yourself with any social justice and justice movement out there.

February 10, 2020
Suicide is defined as the act of killing oneself intentionally. I was younger than 10 years when I first heard of a suic... More
Prev Post The Social Impact of the Miraculous
Next Post Beyond the Rivers of Ethiopia 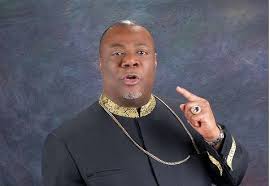