The origin of man remains one of the most fundamentally relevant topics in human history. Whatever the case is, each of us believe in some sort of a starting point of living things. The beliefs vary. However, there are two widely held beliefs so far as the origin of humanity is concerned. These two are exclusive of each other and in total opposition to each other. They are Creation and The Big Bang Theory. Evolution is often attributed to Charles Darwin. As a matter of fact, this theory dates back to ancient times. It is believed that the Greek philosopher, Anaximander (BCE 610 – 546), held an evolutionary view too: claiming that man evolved from some other kind of animal such as fish.

Charles Darwin nevertheless, came up with a theory that involves a very interesting mechanism called Natural Selection. Natural Selection refers to the process by which a member of a specific species of organisms develops some kind of advantageous features which the other members do not possess; this organism then transfers this trait to its offspring. So the other members of this species who do not have these special traits will eventually die-off as time goes on. This is simply because the advantageous traits usually come in to aid survival, reproduction etc. therefore the organisms that do not have it will eventually die-off. Natural selection communicates a sense of ‘the survival of the fittest’. It also professes that, fairly complex organisms evolved from somewhat simplistic ancestors. For example an organism that develops wings among its fellow members of the same species is bound to pass on the trait to its offspring. Therefore there will come a time when only its offspring will survive because they inherited this special trait from it. It is like what we see in movies like X-MEN; we see human beings developing special super powers; they are called mutants. If this were to happen in the real world, then it is obvious that these mutants would live longer than the average man. Simply because they would have special traits that could help them survive dangerous circumstances. Therefore these mutants would mate and transfer these traits to their offspring. And as generations pass, there will be a total wiping out of the human race – better yet, members of the human race who aren’t mutants.

I saw in a documentary once that snakes are believed to have evolved from 4-legged ancestors. It turns out to be a widely held assertion because I have come across it in other write-ups too. I find that very amazing! The fact that scientist believe that the snake evolved from a 4-legged ancestor. It amazes me because, I was taught this very fact way back in Sunday school. In Genesis 3:14, God cursed the serpent when he said ‘…cursed are you above all LIVESTOCK’. He goes on to say that ‘… on your belly you shall go…’ .The serpent once had 4 legs, hence it being referred to as a livestock. Then the curse caused it to become a creeping animal. Once again, we see a collision of science and scripture, yet the former will never give the credit to the latter for making the assertion first.

One of the strong bases on which the theory of Evolution rests is the fact that the process of Natural Selection takes a long time to fully materialize. So all what has been said about Natural Selection above is only possible over a very long period of time. Nevertheless, Darwin himself said if it could be proven that an organism came into existence without going through numerous, successive, slight modifications then his theory would absolutely break down. This affirms what has been mentioned earlier that his theory completely rests on a long process of numerous, slight modifications in organisms. If there is ever an organism that is known to have come to being without going through such a process, it would be called an ‘irreducibly complex system’. The interesting thing about an irreducibly complex system is that, it is a system composed of multiple parts which are necessary for the system to function. And the entire system cannot function if one part is missing. This brings to mind organs in the human body such as the eye. If we claim the human eye had to go through a process of evolution, then we are simply saying that for several years, there were generations of men (or creatures) who walked the face of the earth blind. Because, if their eyes evolved gradually, it means at some point their eyes didn’t have some parts. And since with the eye every single part helps in vision, then probably they were blind. Charles Darwin himself says:

‘To suppose that the eye with all its inimitable contrivances for adjusting the focus to different distances, for admitting different amounts of light … could have been formed by natural selection, seems, I freely confess, absurd in the highest degree.’
Prof. John Lennox also makes a very important argument that I would like to cite here. He said the human genetic code is the longest word recorded in human history. It is a 3.4 billion-long word which has been arranged systematically. When you discover your name written in the sand, it is absolutely normal for you to assume that a being of intelligence made an input. You look at your 10-letter-long name written in the sand, and you immediately wonder WHO it is that wrote it there. Here we are, as humans, with a 3.4 billion-long code in all of us yet we are expected to believe it all happened by chance. There is certainly something wrong somewhere. Molecular biologist Michael Denton states that:
‘Although the tiniest bacterial cells are incredibly small, weighing less than 10-12 grams, each is in effect a veritable micro-miniaturized factory … made up altogether of one hundred thousand million atoms, far more complicated than any machinery built by man…’

My favorite part of the quote is where he says the bacterial cell is far more complicated than any machinery built by man. Think about the most outstanding and complex machine in the world, Denton claims the bacterial cell is more complicated than it. So if human beings created those machines, isn’t it right to assume that there must be a personality behind Creation? Isn’t it rather absurd to assume that it all happened by chance? All evolution is trying to tell us is that, over a long period of time, a laptop could come into existence without anybody inventing it. Even if that is possible, what explains the origin of the operating system the laptop runs on? That is why I believe in the creation story in Genesis 1. In the beginning GOD…

I call Evolution ‘Evilusion’ because I see it as an evil illusion that deters humans from giving honor and praise to GOD. I believe in God. The universe is far too complex to have happened by chance. The cells in our body are far too complex to have come to being as a result of a random unguided process. GOD’s Not Dead, He is surely alive.

February 10, 2020
Suicide is defined as the act of killing oneself intentionally. I was younger than 10 years when I first heard of a suic... More
Prev Post GOD's NOT DEAD: MIRACLES HAPPEN
Next Post LECRAE's ANOMALY - GREY's ANATOMY 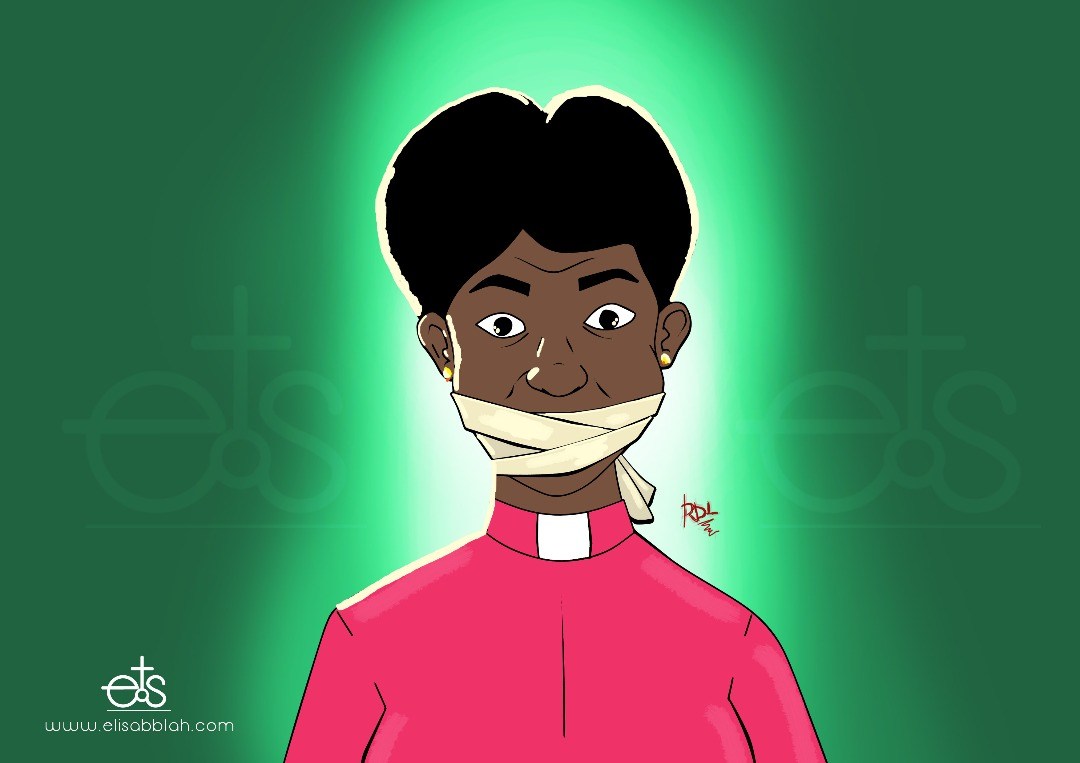 Let Your Women Keep Quiet In The Church Pt. 2